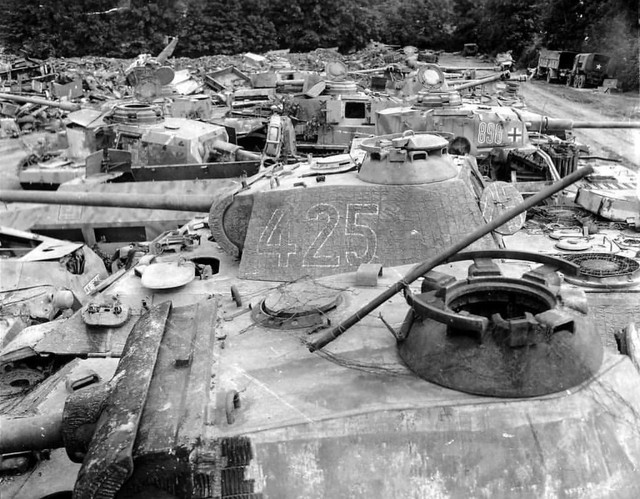 Sorry, couldn't resist it. Mind you, if you had the contents of your photo available today, you would be a very rich man indeed.
Top

What would be the most effective anti tank weapon for a plane to mount? Canons?
epic
Top

20mm cannons on a Plane were ineffective against armour .50cal even less effective even though US pilots claimed that bouncing rounds off the floor into the belly of a Panzer would knock it out this was not the case not a single German tank was lost to this method even though hundreds of kills were claimed.
Werkstatt - 5, 1/6 Panzer parts. werkstatt.five@gmail.com
RAG Militärmodellbau
IG Militärmodellbau
Top