My Sherman - a 14 year project

Forum for discussion relating to the Sherman.
Post Reply
53 posts

Robert E Morey wrote: ↑
Sun Dec 27, 2020 4:26 am
It looks the original Armortek Sherman demo model in some ways doesn't it? Us "old" Armortek vets will remember the brochure, and pix.

According to the pictures I have she'll be 20 in May, so I ought to get her running again. Nearly there, just currently stuck on getting the motors fitted as they don't bolt to the hull sides like the production ones, but just sit on brackets bolted to the floor.

My motors mount to brackets on the floor as well - I think this was standard for Sherm, but different from the others. I may replace the original Q4D speed controllers and switches. I have new 2x30 and 2x60 Sabertooth ESC - which are so easy to connect compared to the original electronics.

Thanks Frank and Simon - Seasons greetings and thanks for looking! Simon you're right with some OD paint they may blend in fine.

I'm basing that on the fact that the EXIF dates in the pictures I have are 2001.

She became the rust bucket, but she's now all shiny again

I dug the hull out this afternoon, which reminded me that the Acetal tyres on the wheels have suffered with age and split. I've spent a couple of hours trying to find a decent price for 85mm diameter acetal bar, or even better tube, but it's all at a silly price. I could 3D print new tyres, or just fit production rubber ones, but that seems a shame given everything else is original.

The kit I bought in 2006 has a bracket at the back of the motor but also four holes in the final drive housing around the aperture for the drive gear, to which you can bolt the Parvalux motors via an adaptor. This one used the same system as the earliest Tigers, with two brackets on the motor which bolt to the floor and there are no holes in the final drive. Any, all very Antiques Roadshow

Wow that "Was" the rust bucket!

Acetal/Delrin would be ridiculous expensive, plus a lot of waste for tires. Can you use M3 Lee tires? Another option, in the US you can get black ABS/PVC drainage pipe. Can you find that in UK? I used that for my M5 Stuart tires. Easy to machine, cheap and tough!

Perhaps one last 2020 update. I redesigned the Sherman air cleaner box to be much simpler, and slightly smaller. Will be using these 3D printed version. 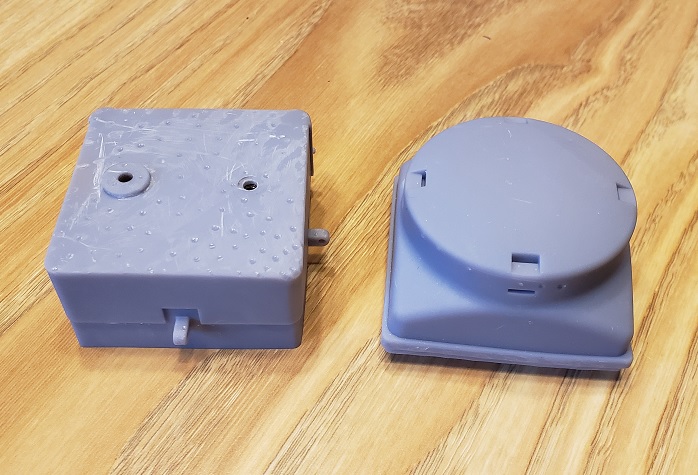 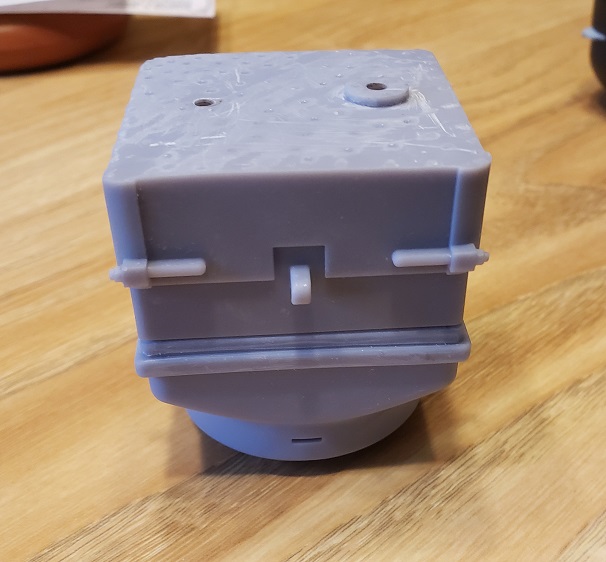 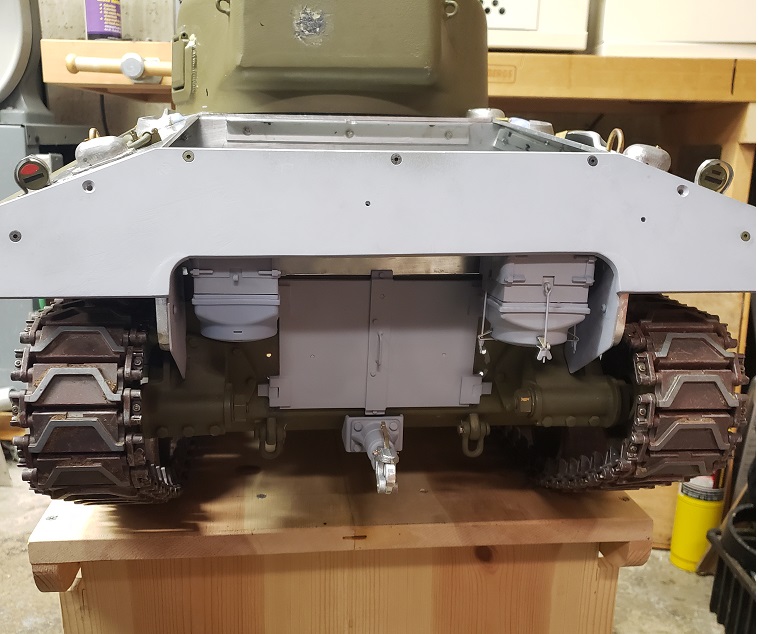 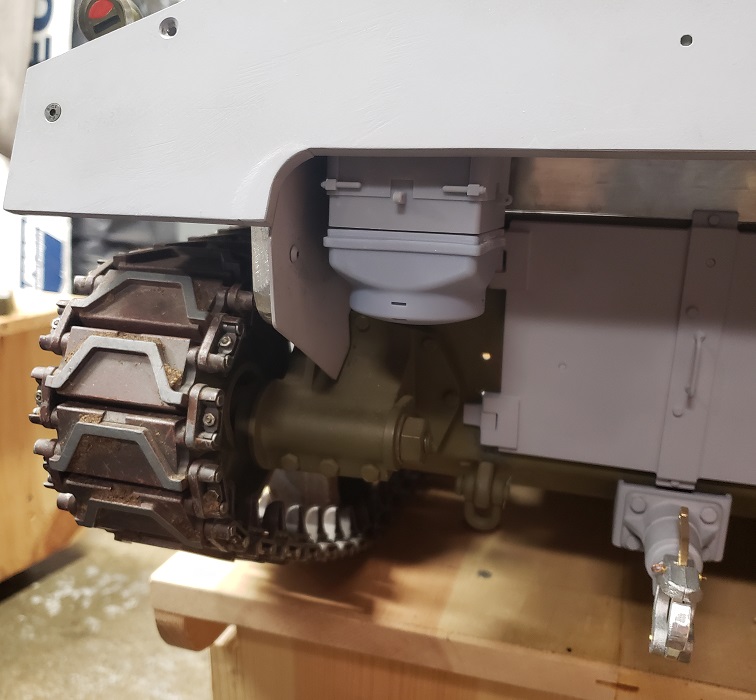 Happy new year everyone. Hope to continue <and finish> this in 2021.
Bob
Top

To my Sherman untrained eye, the new one looks much better.

Thanks Vince - I think so too. Happy New Year. Working on the metal bits to finish them off.

Did you ever finish your T1 muzzle break? Curious how it came out....
B
Top

Happy New Year to you also Bob. Let's see what the new year has reserved for us.

Yes, I think I finished tinkering with the Tiger muzzle brake but have not printed it out yet. I haven't done the metal endpiece (the one that goes between the muzzle brake and the barrel) but have made a 3D drawing for when I decide to do it from aluminium.

As always, you are welcome to the files if you want to play around with them.