"In the back" the Bren carrying Universal Carriers stashed a number of leather cases for Bren Gun magazines. How many did they carry?

On the website Mapleleafup I saw a small canvas pouch for two magazines stashed in a bracket to the left of the Bren Gun slot. I guess the two magazines were kept there to quickly have ammunition at the ready. Did British Bren Carriers also had such a two magazine pouch and was it in leather or canvas?

by Will Roberts
Hello Pieter,

From Page 101 of Universal Carriers Volume 1 there is a stowage diagram for the Carrier Universal Mark 1 (Scout Role).
In the front compartment to the left of the Gunner there is an ammunition bin that contains 6 Utility pouches.
Behind the driver in the rear compartment there is another Ammunition Bin that contains 4 Utility Pouches.
When the main armament is a Bren Gun as opposed to the Anti-Tank Rifle each utility pouch contains 3 Bren Gun magazines.
So there is up to 30 Bren gun magazines stowed. The Utility pouches are the same as those carried by the infantry so the crew will also carry magazines in their personal webbing utility pouches for fighting dismounted.
It must be remembered that the Bren gun crew usually dismount to operate the Bren gun and it is likely that two guns are carried.

by Robert Reid
The Bren Guns also had 'hard boxes' which were steel and held 12 magazines. I would be surprised if those weren't part of the Universal's equipment.

If anyone is interested, I have a couple of originals and would be glad to measure and post detailed photos. Bren Magazines might be a great project for Armorpax!

Here is the general layout. 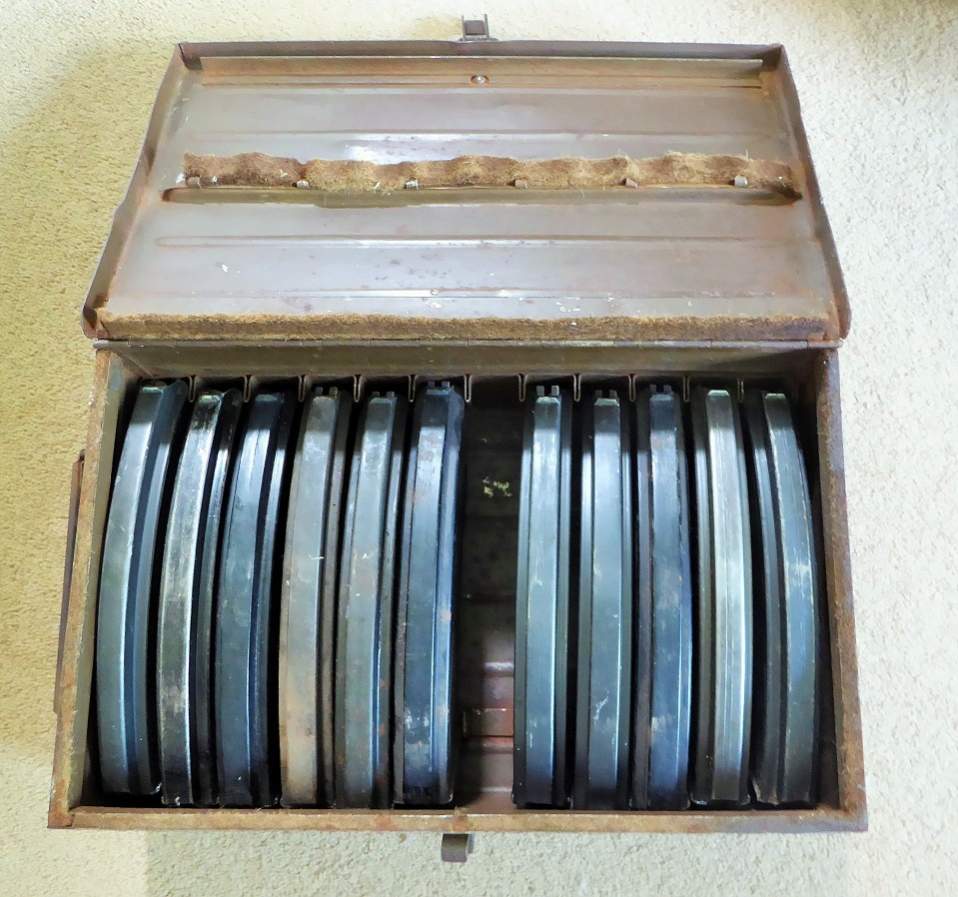 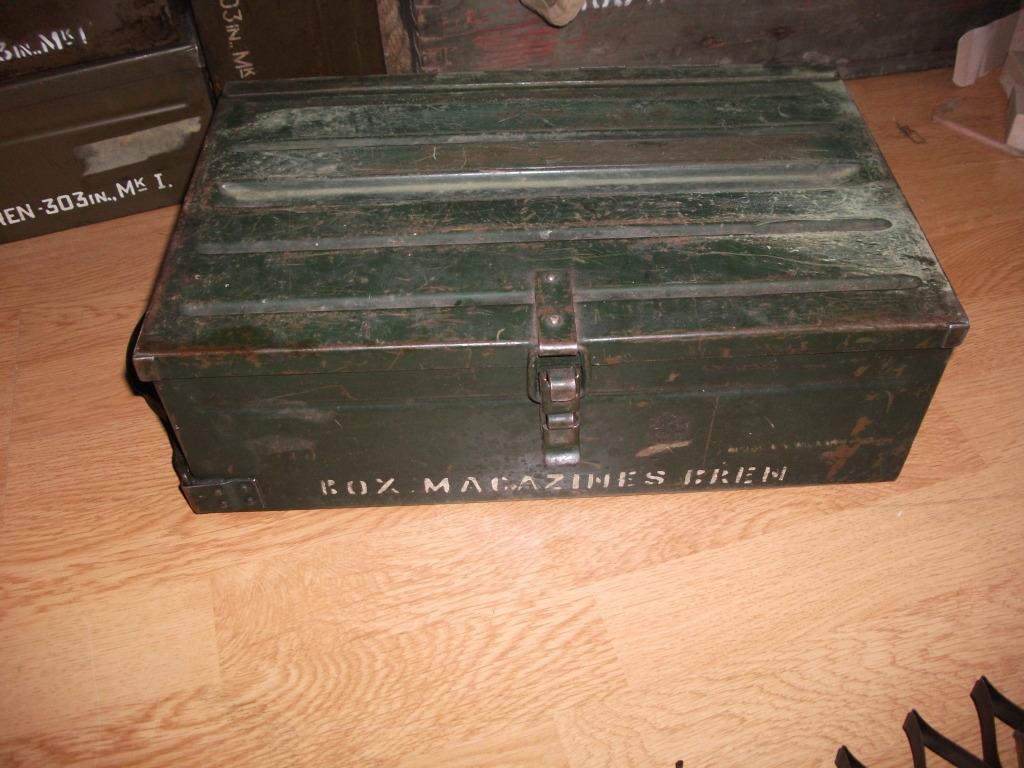 I also have some Bren Transit Chests that I can photograph and post.

Getting excited for the UC! I know there will be a ton of cool accessories for it! Going to be some amazing builds of this, I am sure!

by Robert Reid
Oh and if anyone wants to do a Boys instead of a Bren, I have a Boys and would be glad to post pictures, measurements, etc. I also have some original ammo pouches for Boys that I can photograph.

by John Wiggins
Hi
The Mk2 UC was configured in many different ways depending on what unit/branch of the army were using it.
In a couple of the stowage diagrams I have, one states there were 8, I’m not sure whether they were canvas or leather
I suspect they would be canvas.

You can see them below the Bren gun mounted on the right side wall of the carrier. Tank museum.

.
From volume 2 of Nigel Watson’s book on the carrier gives a more detailed diagram for storage.

by Pieter Koops
Hello All,

Thanks very much for sharing all information. My books cannot tell everything in such details as e.g. the three volumes by Mr. Nigel Watson that have unfortunately illuded me

I have already found out that trying to deal with British and Canadian Universal Carriers (UCs) at the same time is quite difficult. A good friend Theo Andriessen is currently detailing a Canadian Mk.1 with a WS 19 (by Randall), while my attempts deal with a Canadian Mk.1 carrying a 3 inch mortar (by Randall) and a British Mk.2 with WS 19.

To Will Roberts: thank you. A couple of sentences and a load of information. I'm glad that for my British Mk.2 I can use the “Infantry” pouches. The big square leather pouches will have to be custom made including a bracket on the back with which they are attached to the rail.

To Robert Reid: also many thanks for your comments and pictures.

To John Wiggins: thanks much for the beautiful and much revealing line drawings.

For his Canadian Mk.1 Theo has been studying the Mapleleafup.net site and found a slightly flatter than the usual Bren Gun magazine pouch. lt was separately attached left to the sponson of the gunner's position. It doesn't compare with the Infantry magazine pouch. An example has been custom made by Jan-Cees Grinwis but any information about the Bren Gun ammunition pouches in Canadian UCs is very welcome.

Because my Canadian Mk.1 will carry Randall's excellent 3 inch mortar it will not carry any Bren ammunition. My Mk.2 does however.

On the line drawing of the Universal Carrier No.II.Mk.2* (Welsh Guard version) I think I see a Thompson Sub Machine Gun on the left side wall. Was that special for UCs with the Welsh Guards?

Without doubt more discussions and questions will follow for this well liked iconic tracked vehicle.

by John Wiggins
Hi Pieter
Here is another stowage diagram for a Mk2 UC.
This one is for a motor battalion (infantry).
The item I’ve ringed in red refers to 8 pouches with
a variety of items as well as Bren magazines.
.

In the image below of Staffordshire yeomanry in Normandy, you can just see a Bren gun and the standard magazine box
As in Robert’s photo.

Diorama by the Noordam brothers (from Oosterbeek) after the famous photograph of the mortar pit of No.23 Mortar Platoon of Support Company, 1st Border Regiment, 1st Airborne Division, in action in the Oosterbeek perimeter, 21 September 1944 (near the Van Gennepweg, Oosterbeek, The Netherlands). The 3 inch mortar and rounds are by Randall as well as the metal container. The cylindrical ammunition cases are PIAT containers by Dragon, in which apparently also 3 inch mortar round could be stored. These and the latter 26 strong are to be carried on and in my Canadian Mk.1.

by Pieter Koops
Thanks John, great picture too with the .50 Cal MG and deep wading screens still up. Regards, Pieter

Pieter Koops wrote: ↑
Thu Jul 30, 2020 12:03 pm
On the line drawing of the Universal Carrier No.II.Mk.2* (Welsh Guard version) I think I see a Thompson Sub Machine Gun on the left side wall. Was that special for UCs with the Welsh Guards ?

No. Sergeant Maurice Rogers (Wiltshire Regiment) was carrying a Thompson when he won his VC (see my earlier post). The Thompson was a popular weapon, and British forces had lots of them bought under Lend-Lease. I don’t think it would look out of place in any UC.

by Pieter Koops
Thanks Chris, determining the unit has suddenly become much easier now. Do you have the vehicle number and unit vignets? Kind regards, Pieter Koops

Of eight leather 1/6th scale Bren Gun magazine pouches some are ready and some are in other stages of creation, made by Mr. Bob Draayer. They will all get a bracket on the back with which they are retained in position on the rail. They are made on massive blocks of balsa wood.

1 / 6th Scale made by Mr. Jan-Cees Grinwis for the Canadian Mk.1 of Theo Andriessen and perhaps others.