In case anyone is interested... there are a couple for sale on eBay in the UK right now.

These Dragon Vickers are superb and the whole 'kit' is great in the Rolls-Royce Armoured car. Both in the turret, but also as 'kit' in the back bed.

They are getting hard to find and the price on these sets is good!

Thanks for the heads up Robert. I have bought one for my RR Armoured car!

Sounds interesting. I'm working on a 1:1 scale Vickers right now. On the 1:6 scale kit I'll talk with my hobby folks tomorrow.
THANKS for the heads up.

I have a pair of Vickers... One fluted, one with a smooth brass jacket. One of my winter projects is to build a Maxim Perfect carriage (see Martin Pegler's book) for the Brass Jacket. I have the wheels and the plans and measurements off of the one at the Royal Armouries at Leeds.

Both run like typewriters... but I am having trouble finding belts!

What are you working on? Live fire or DeWat?

Here is my friend Jim's in the back of a replica of one of Lawrence's tenders! This is built on a 1919 Ghost Alpine Eagle chassis as a temporary body until the roadster gets finished 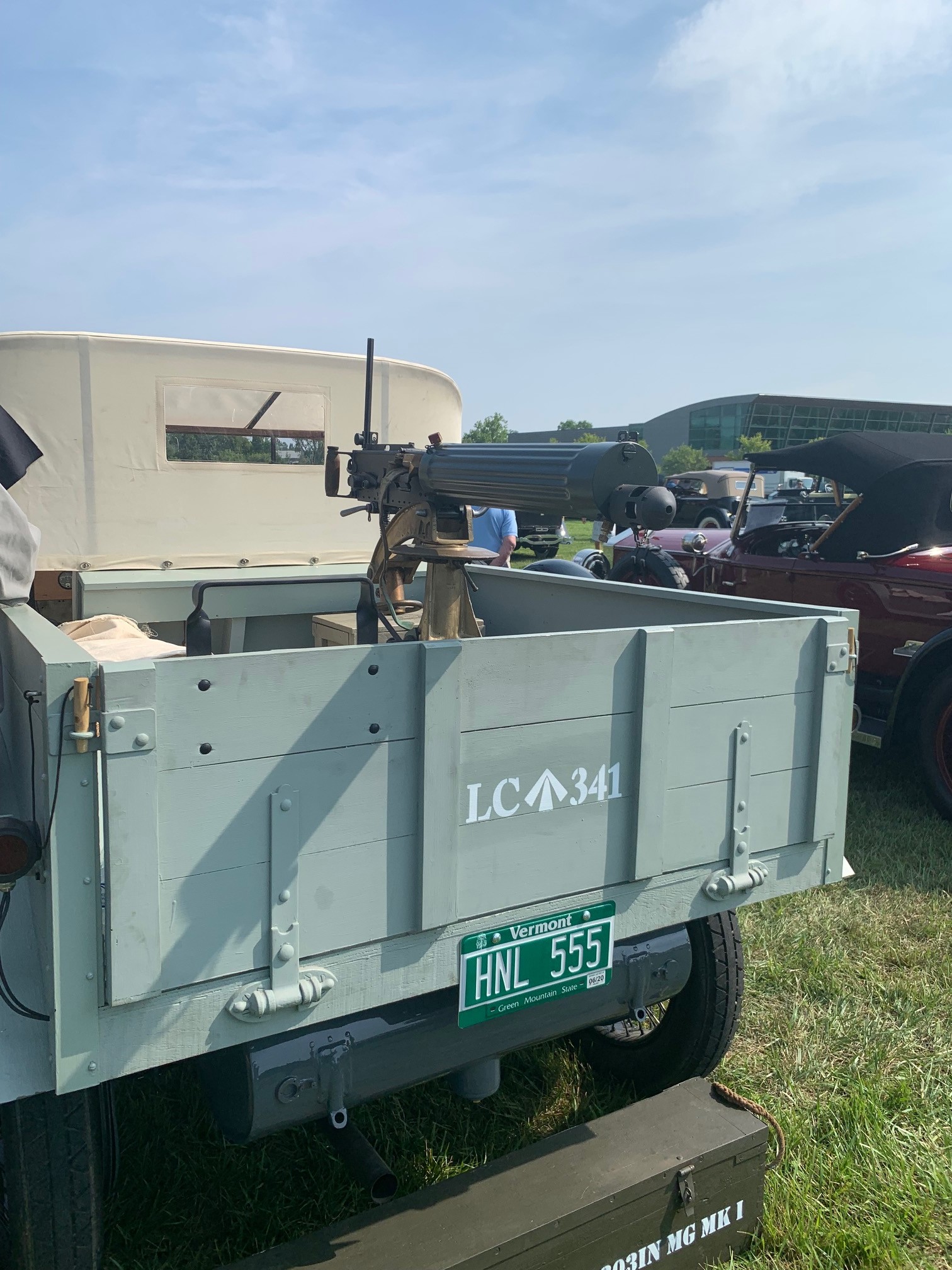 The whole thing showing the body. Tempted to do one of these on an Armortek chassis! 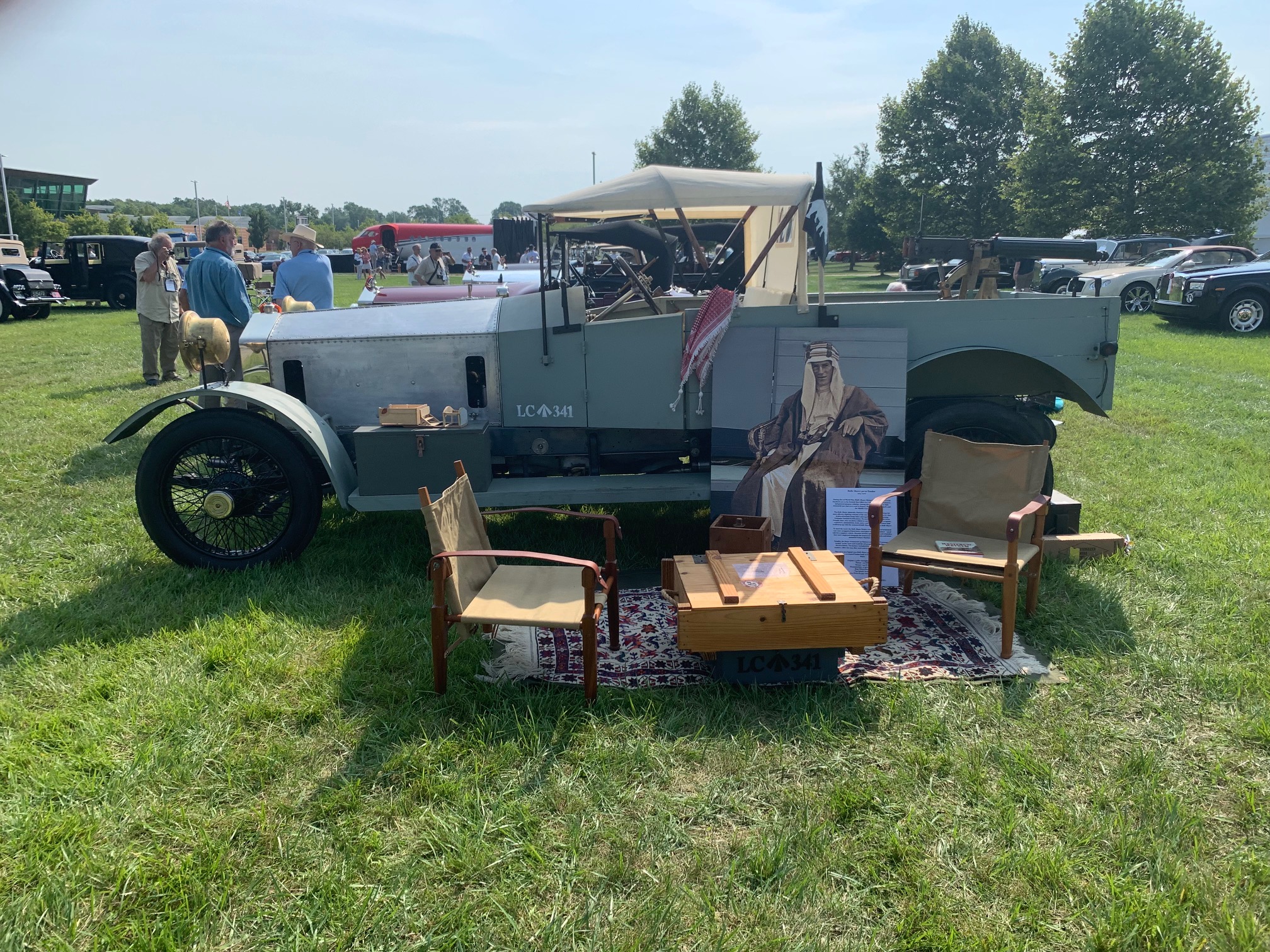 On the subject of 1:1 things... here is a live Armstrong 6 pounder RML that I restored last spring. Before and After. It has British East India Company stampings on it and came out of the Punjab. If it could talk.... 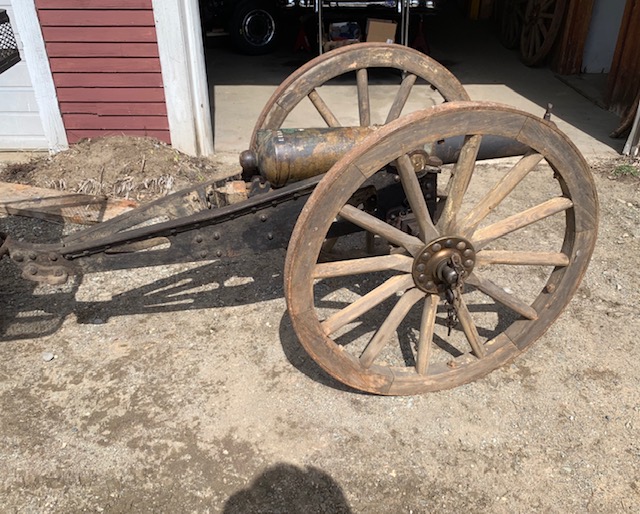 This is an 'After' picture. Not much different from an Armortek kit, but a lot more cranes involved!! This is a small one. Also live fire! 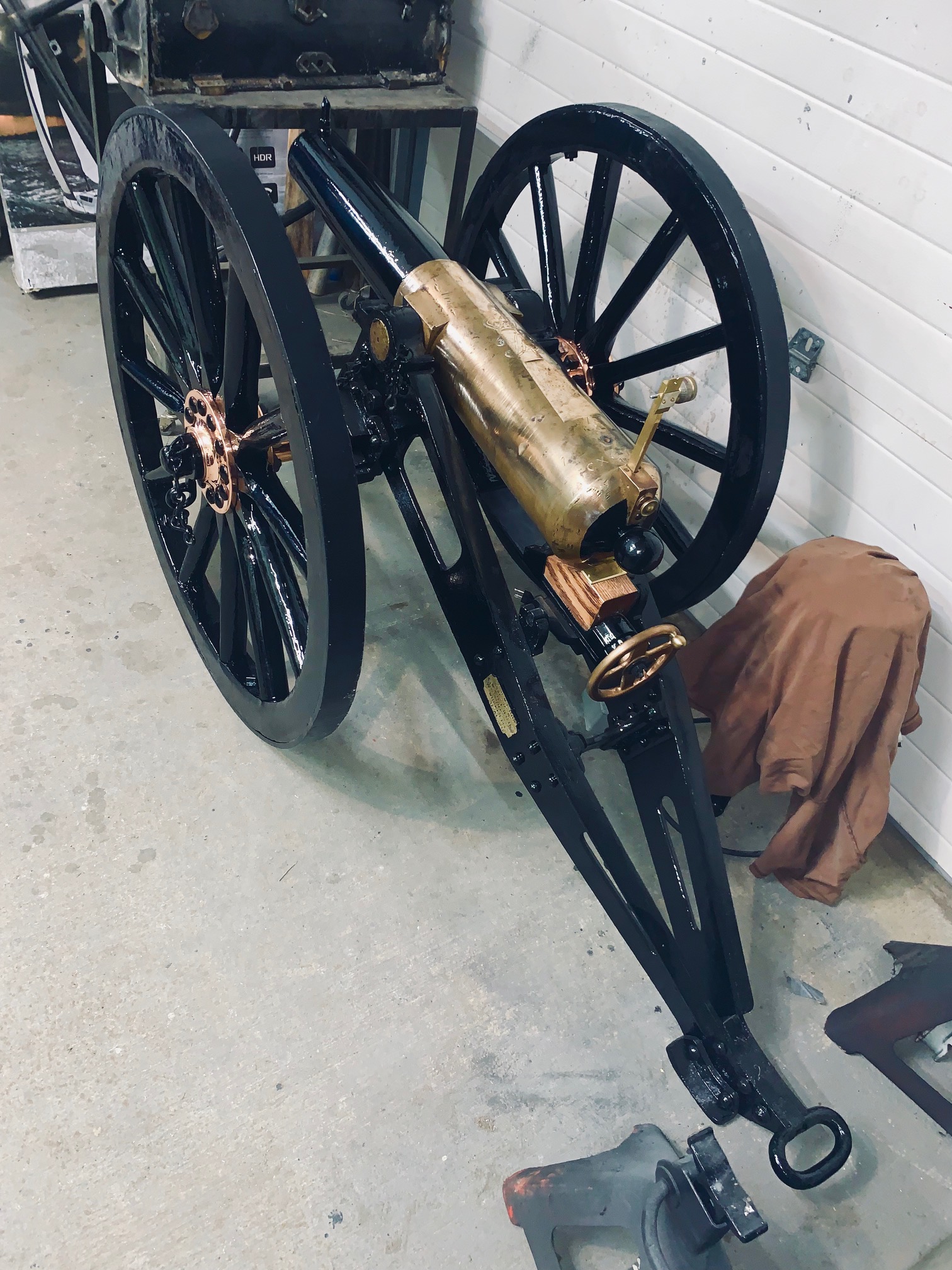 There are definitely some common threads that run among us Armortek Enthusiasts! The Cult of Precision!


It looks like your friend's Vickers has the Hazleton Booster fitted, can't be 100% sure as there is little images out there that show it accurately but no doubt someone will put me right.

If it is the Hazleton booster, which increased the rate of fire from 450 to 600 rpm to 600-800 rpm (Rounds Per Minute) then it would not be accurate for a Lawrence of Arabia scenario as it wasn't introduced until 1917.

As well as beefing up some of the parts, including the Breech Return Spring to speed up the forward motion of the breech block, the Hazleton Booster trapped moore of the combustion gasses at the muzzle to give extra impetus to the barrel to give a sharper and stronger recoil. The faster and harder rearward motion of the barrel pushed the Breech block back, unlocking it and ejecting the spent round. Inertia carried it backwards removing the next round from the ammo belt until it stopped at the buffer. The Stronger return spring drove the breech block forward faster, seating the new round and the whole procedure started again. (That's the simple explanation of the action)

Cyclic rate for a normal Vickers was about 0.14/second, but with a Hazelton Booster and stronger return spring it was 0.1 to 0.075/second.
Top

And the famous photo of him riding into Damascus was taken Oct 1, 1918. And he didn't get the majority of his 'equipment' until well after Aqaba which fell July 6, 1917. Most of the war he spent 'waiting' to be called up... then working in a map room in Cairo... then writing and publishing "The Arab Bulletin... an intelligence brief).

Most of TEL's work in the desert (along with his team... he was by no means a 'solo' entity!) took place very late in the war.

By 1918, he was supporting Allenby's push North towards Damascus, covering his right flank with the Arab levies and his RR fleet. At that point, he was 'somewhat' well-equipped with cars, guns and, most importantly, gold sovereigns. The lubricant that kept the Arab Revolt going.

So plausible that the Booster was fitted. That said, most of his gear was 'old' and secondhand. Even the armoured cars were leftovers from the Duke of Westminster's squadron. The 'sideshow of of a sideshow' did not get the best of anything! Even their artillery was obsolete 'screw guns' that were barely relevant. But they were better than nothing. So I agree with you that it is unlikely that they had the Boosters... but it was plausible.

Jim, who owns the car, is the author of "Masters of Mayhem" which is about how Combined Operations started late in WW1, not in WW2 as often posited. I highly-recommend the book! https://www.amazon.com/Masters-Mayhem-L ... 1612005748

Cheers and thanks for the interesting history! PM me an e-mail address and I'll send you some cool articles!

P.S. IIRC, the Hazelton Booster was partly created to raise rate of fire for aircraft use. Not for ground use. And as Lawrence and his scroungers were quite adept at salvaging things from anywhere they could get them... snagging Vickers from RNAS or RAF planes would not have been above any of them! And besides.. it's all in good fun!
Top

BTW, if you need machining help, the folks at Kiwi Restorations are outstanding!

Robert
Thanks for the info. But I do most of my own work, slowly of course. Hope to have a Semi Vickers ready for the Nov 22nd, 2020 Builders and Belt Fed shoot that I host at one of the local ranges. The dummy might be ready for my next gun show in Jan, 2020.
Enjoy the Building.