My first post so a small introduction. My name is Tim, I'm 25 years old and I'm willing to argue with everyone that says "British tanks aren't the best tanks in the world" Because they are the best

So how did I get to loving British tanks, well I did my final apprenticeship for school at BAIV and I'm one of the four people that restored Celerity. So that might explain lot.

So now to the tank part.
About a month ago I picked up Mark ford's comet, together with a bit off baily stuff. 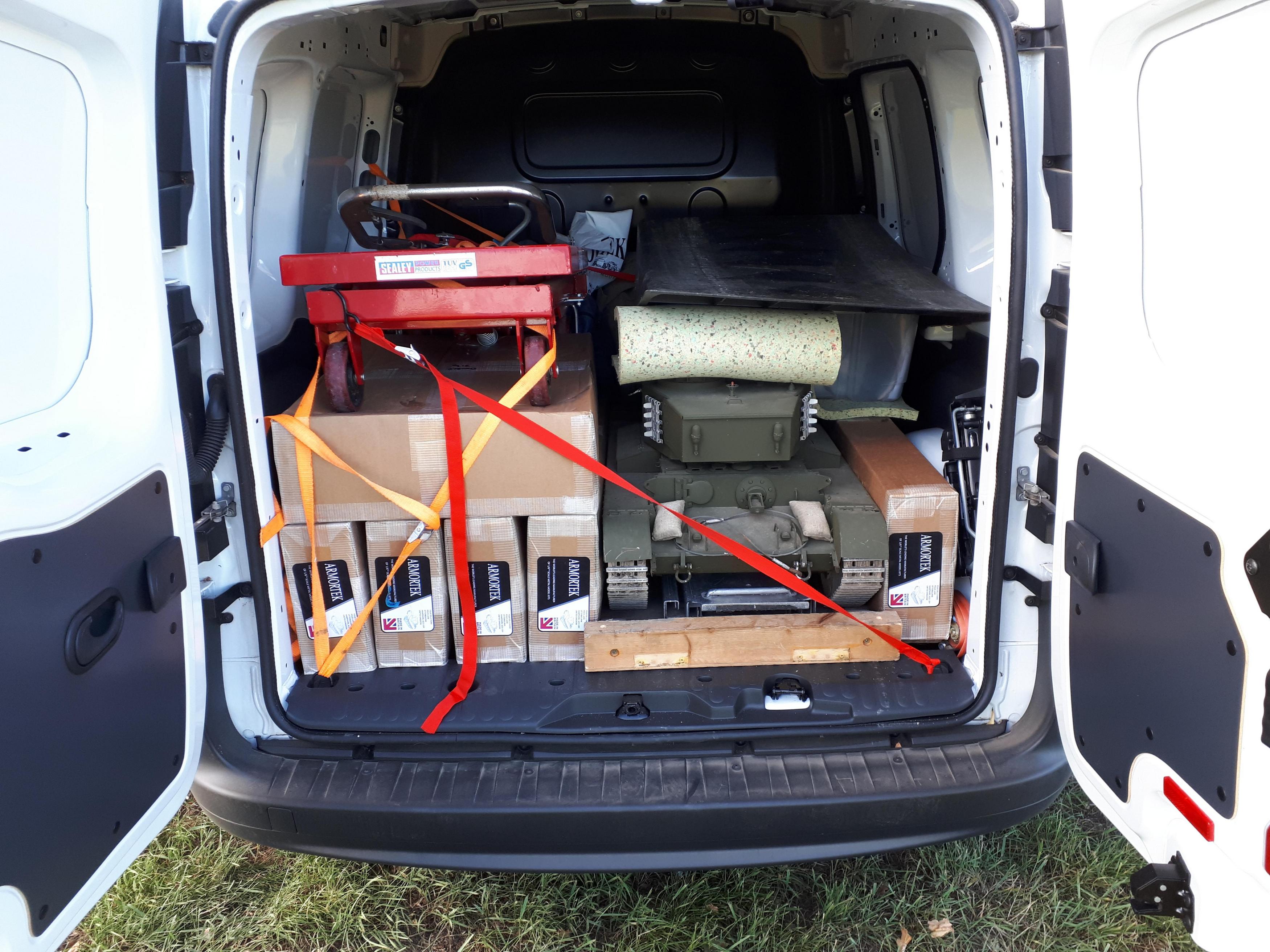 And after enjoying a few days in the UK and the tank museum, I had to decide what to do with it. 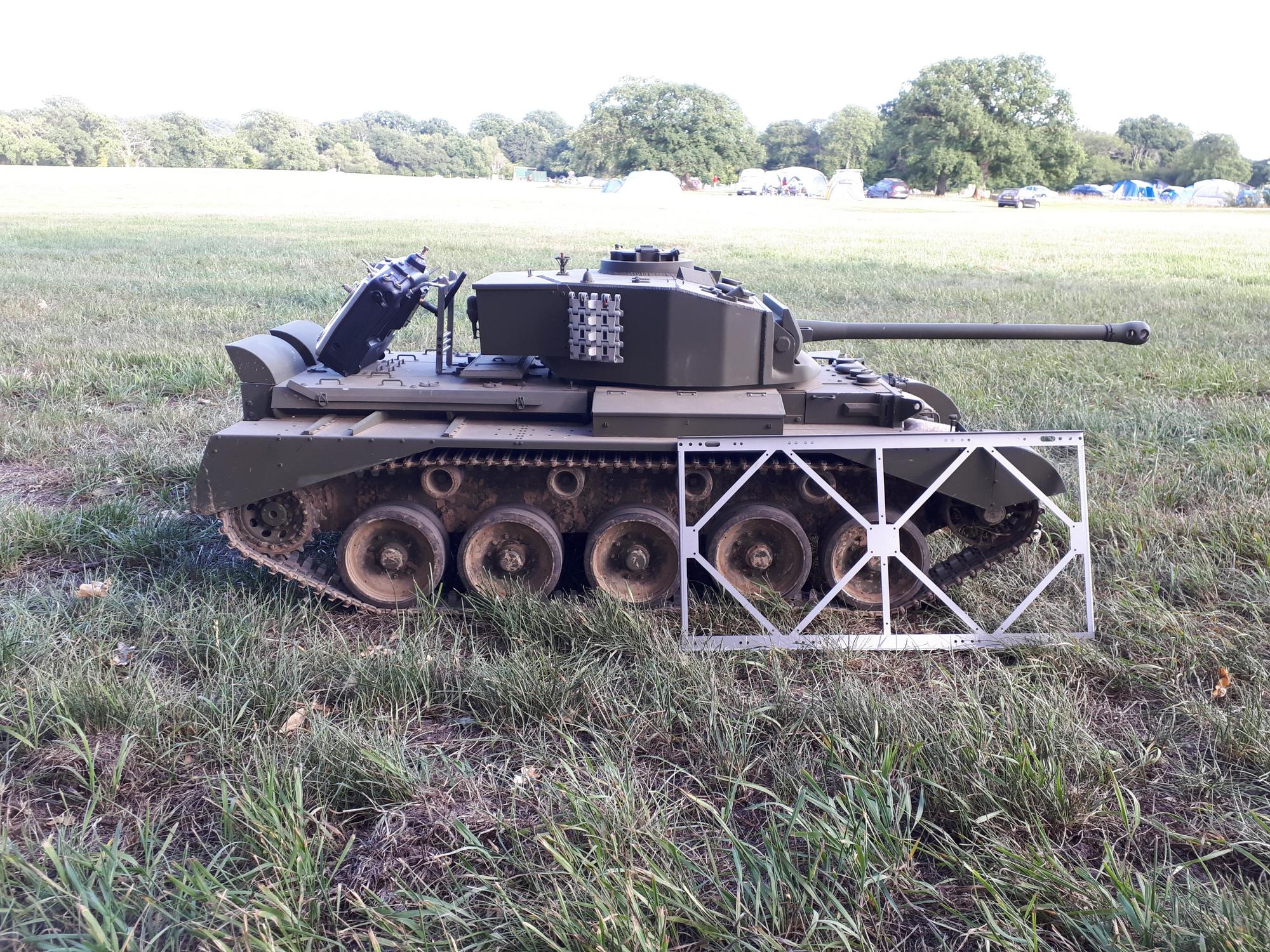 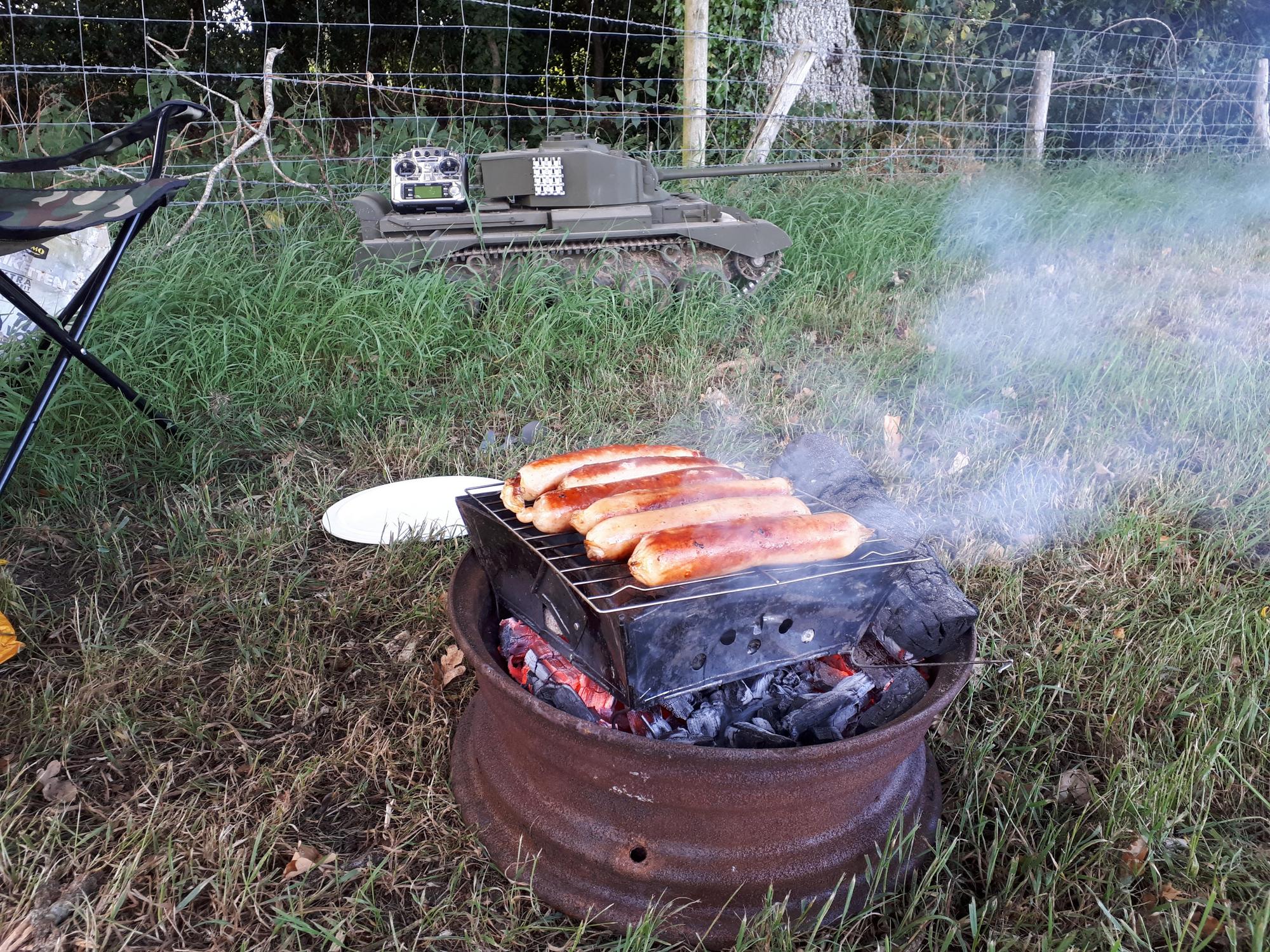 And since someone way more skilled than me is building Celerity, I decided to go for Why worry.
So far I have found 2 pictures off the comet that I believe is Why worry. 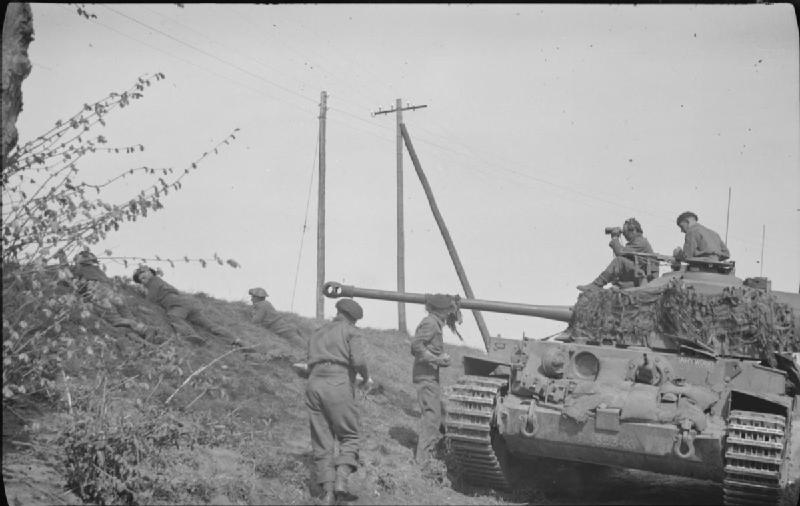 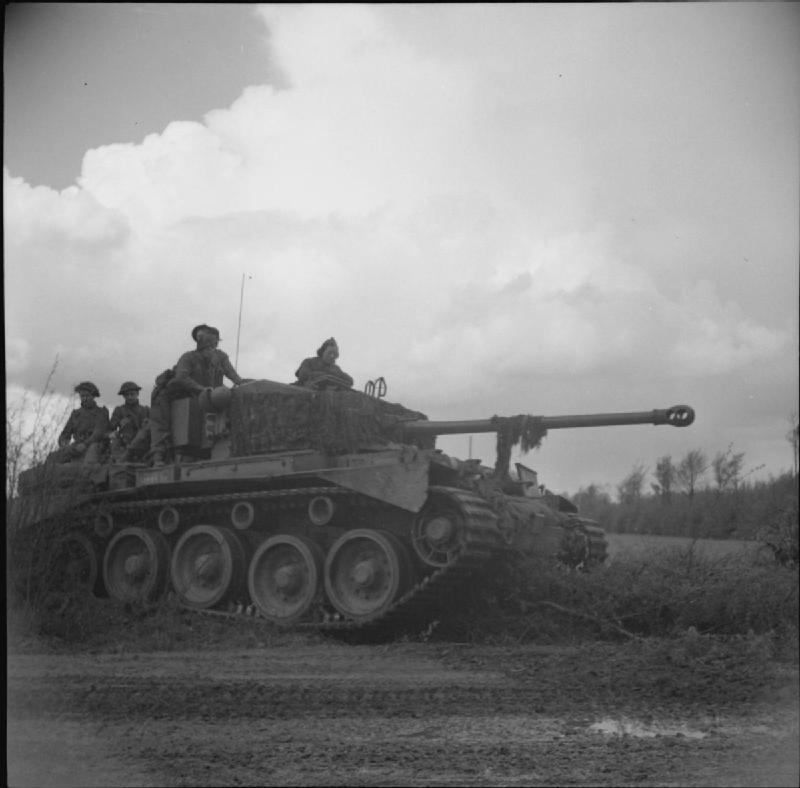 Not having much more to go from leafs me a bit of artistic freedom, and a lot off questions.

So what have I done so far.
Well I like my tanks to show a bit more track so out came the tin snips. 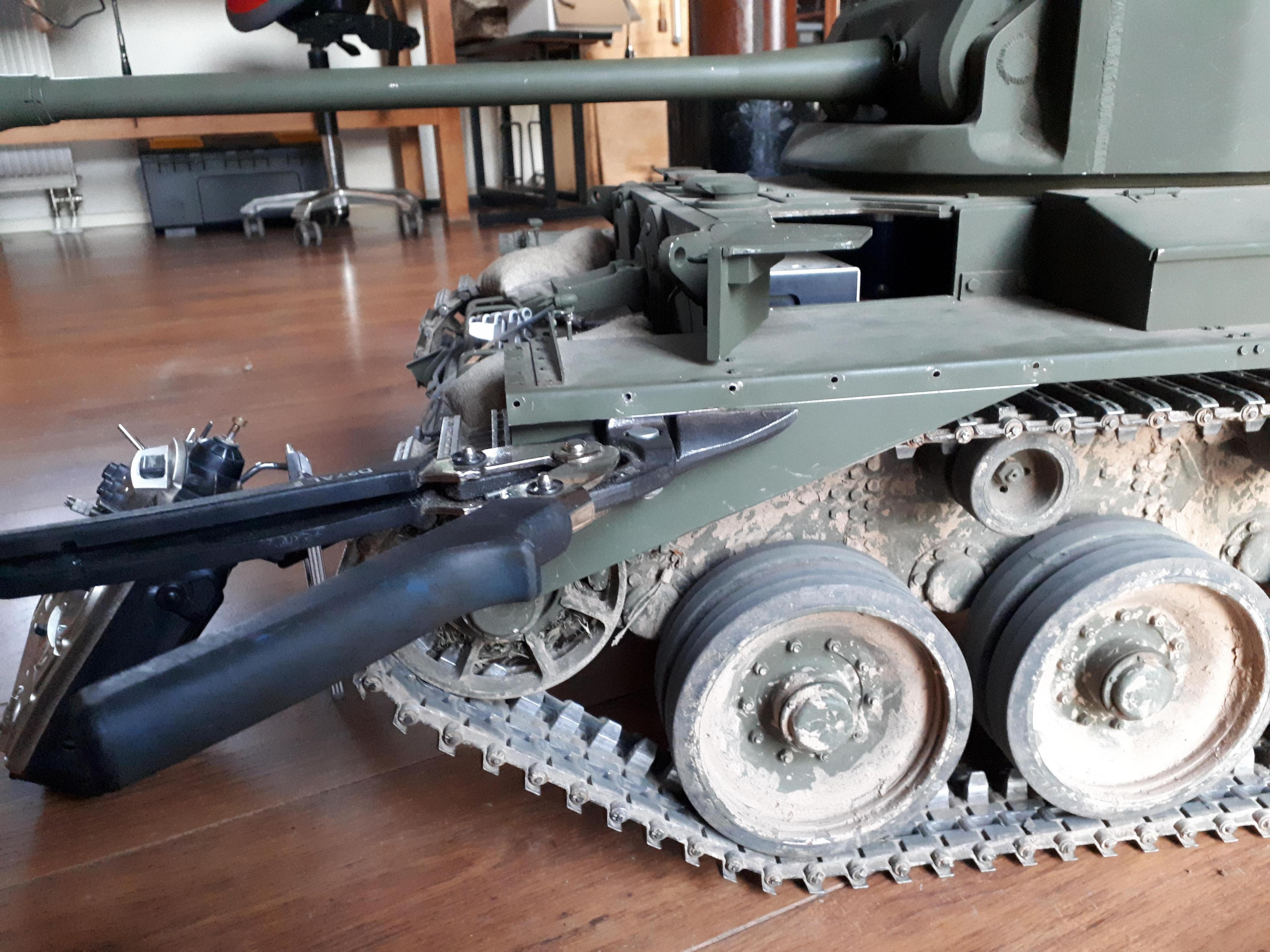 And off went the side plates.
They should be separate plates anyway. 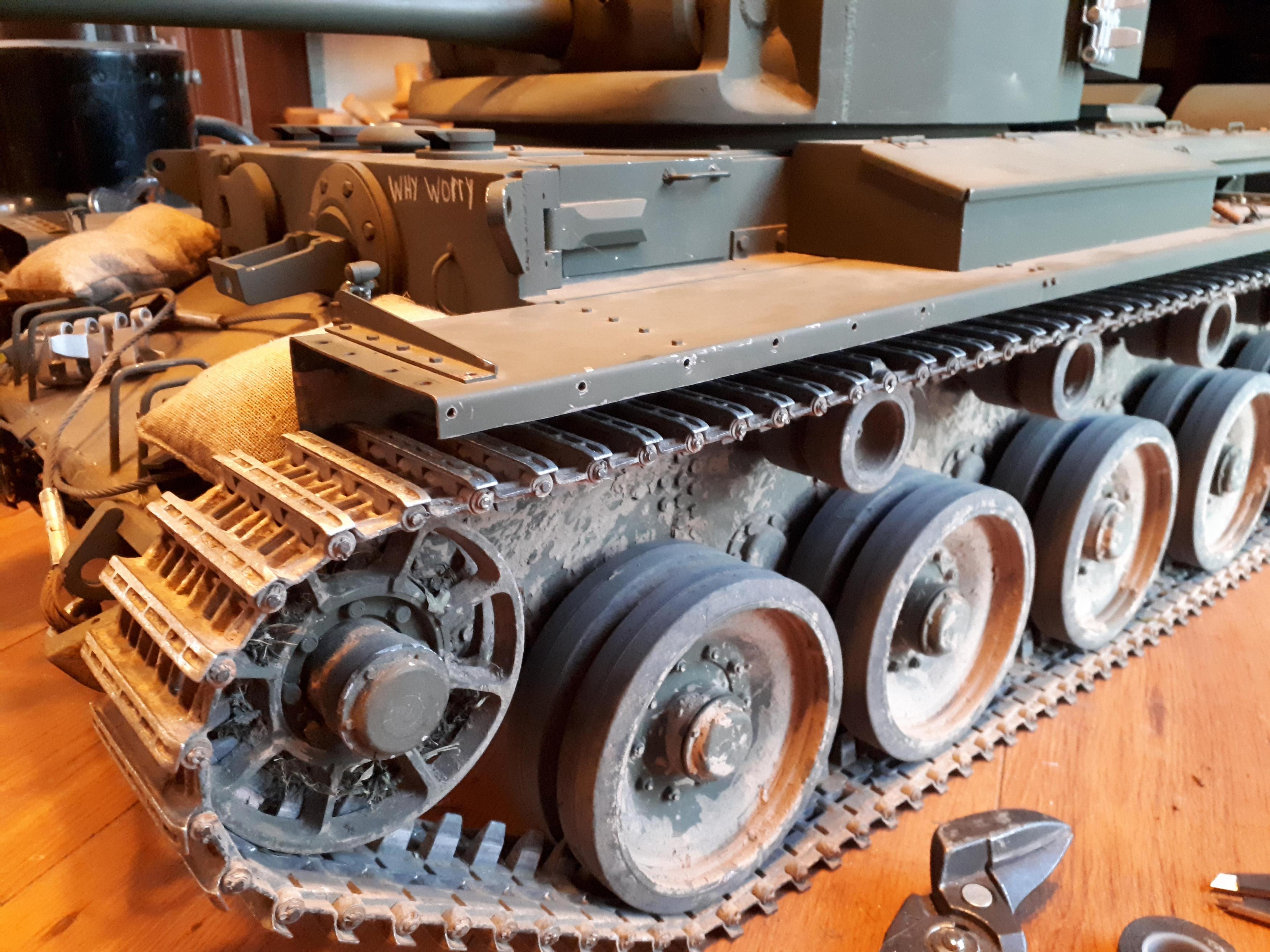 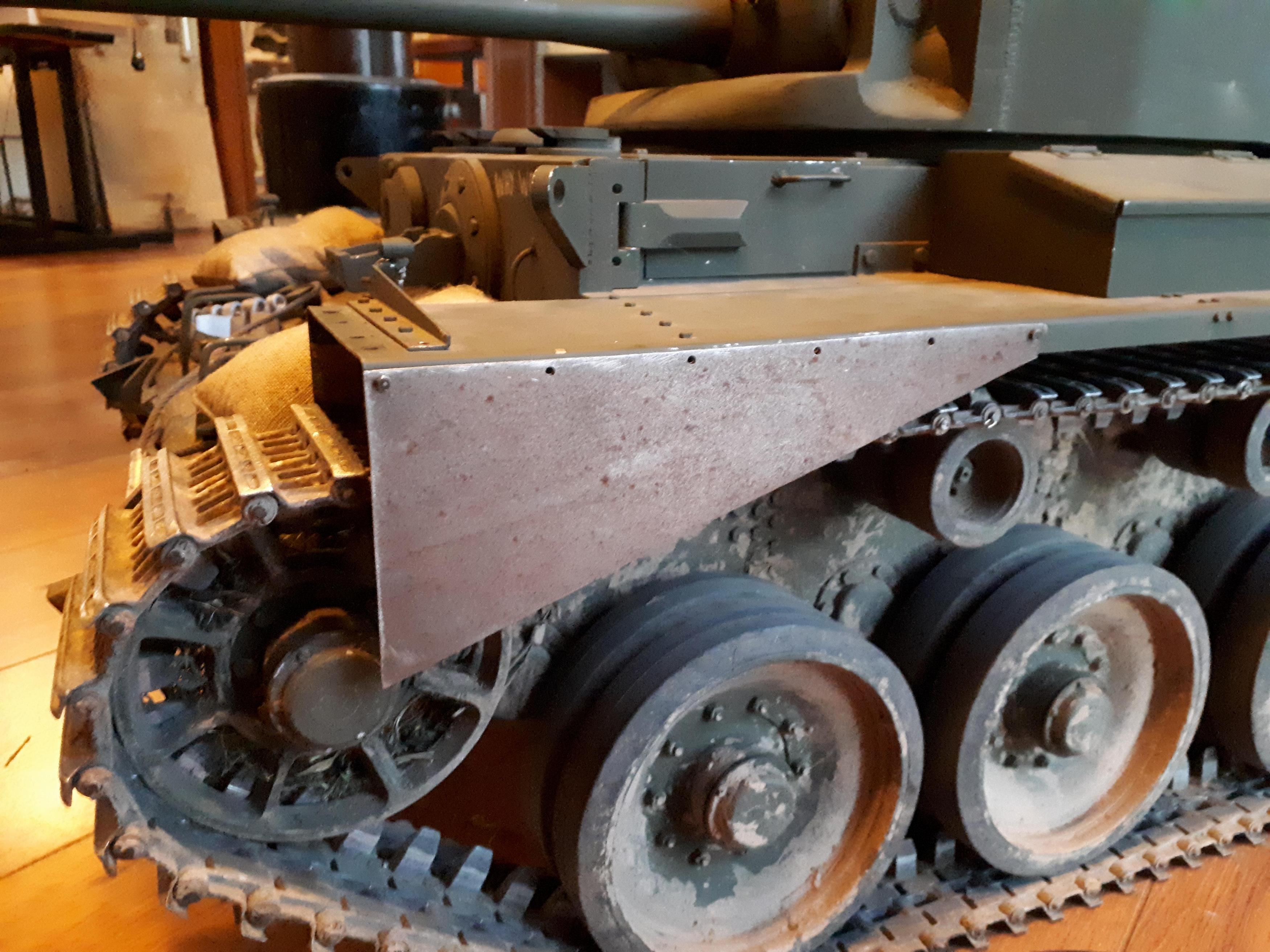 Did the same for the back. 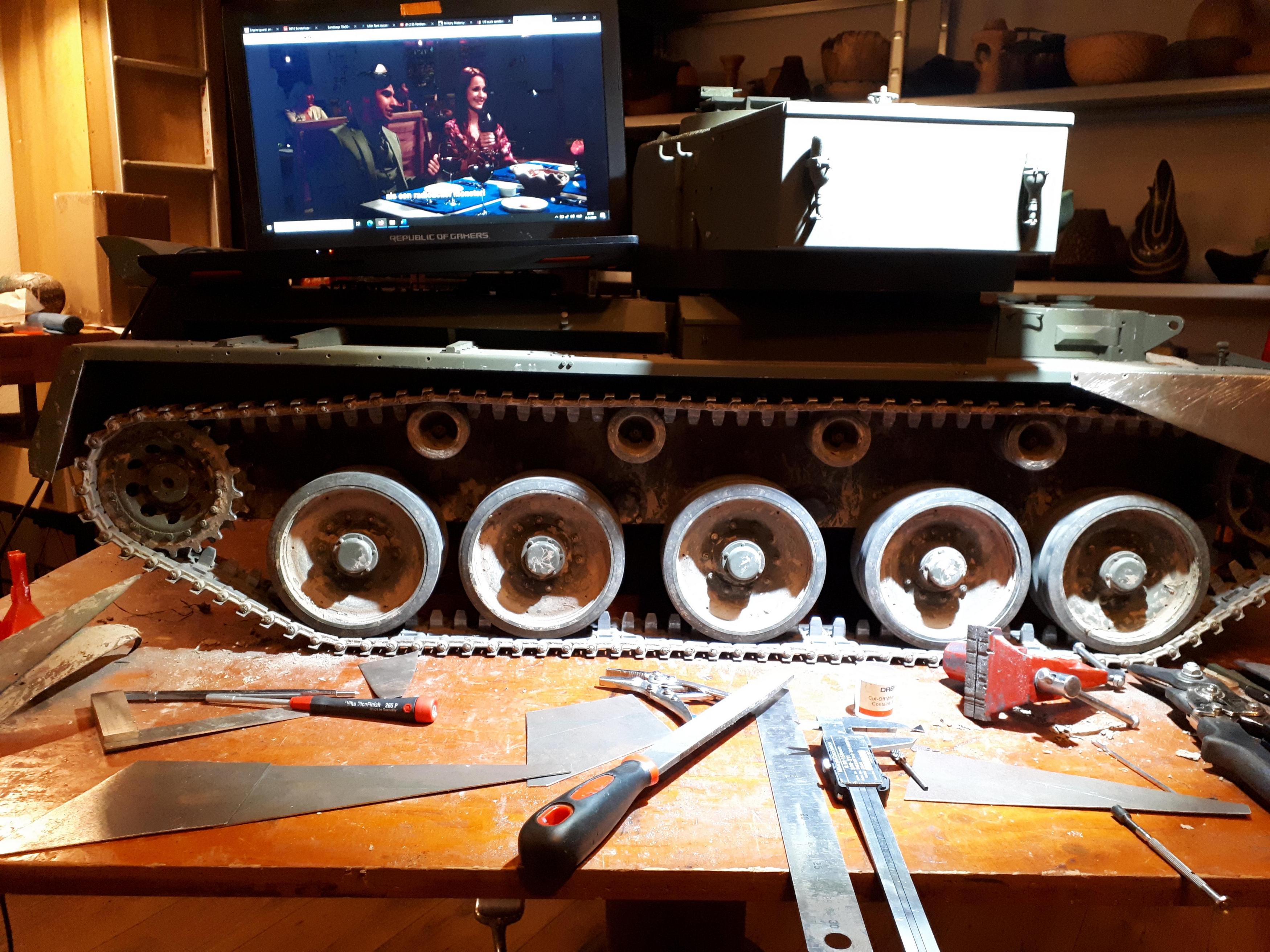 And also made the plates that should go over them.
I'll probably re-cut these when I have a better tool for it. 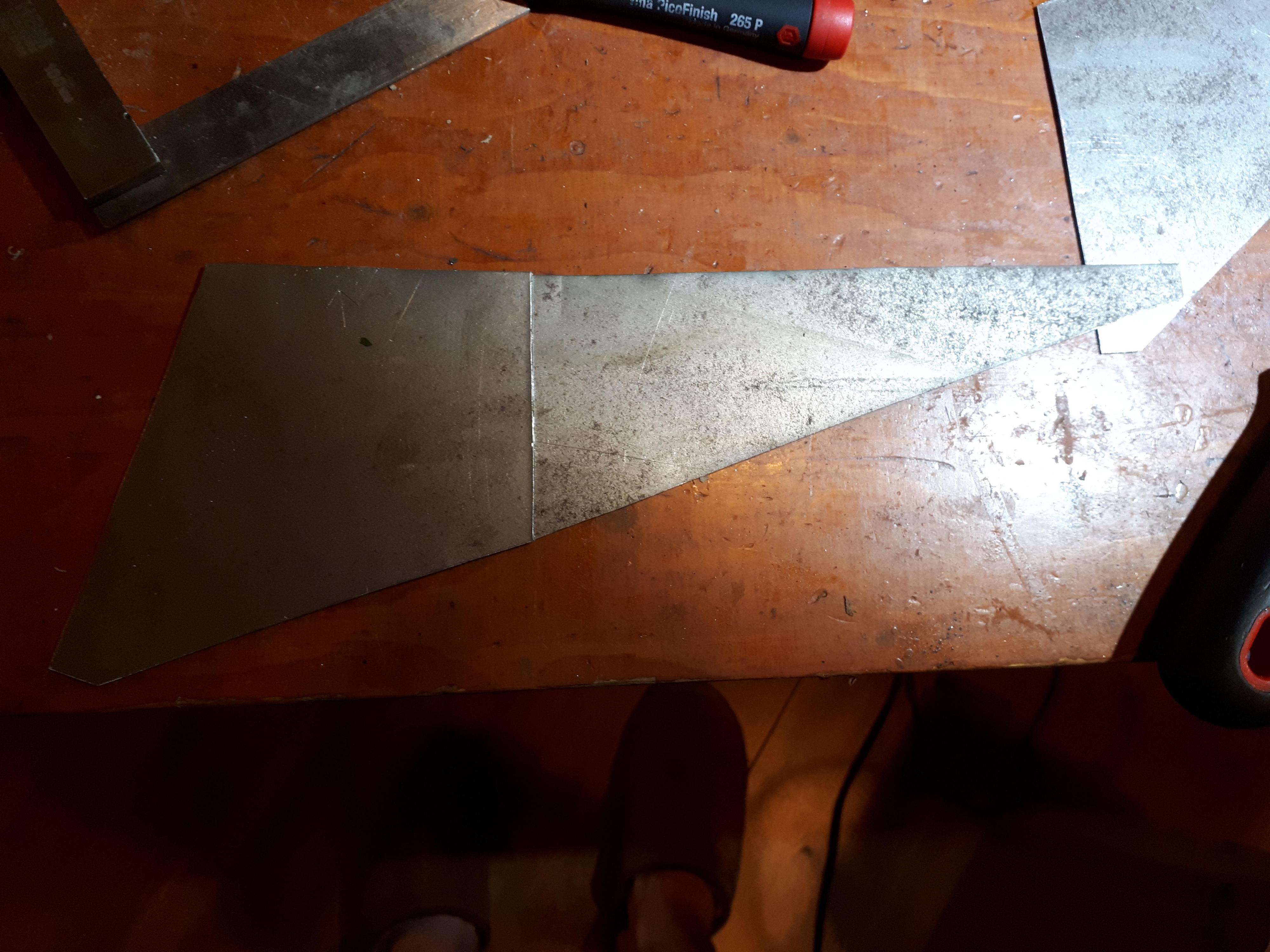 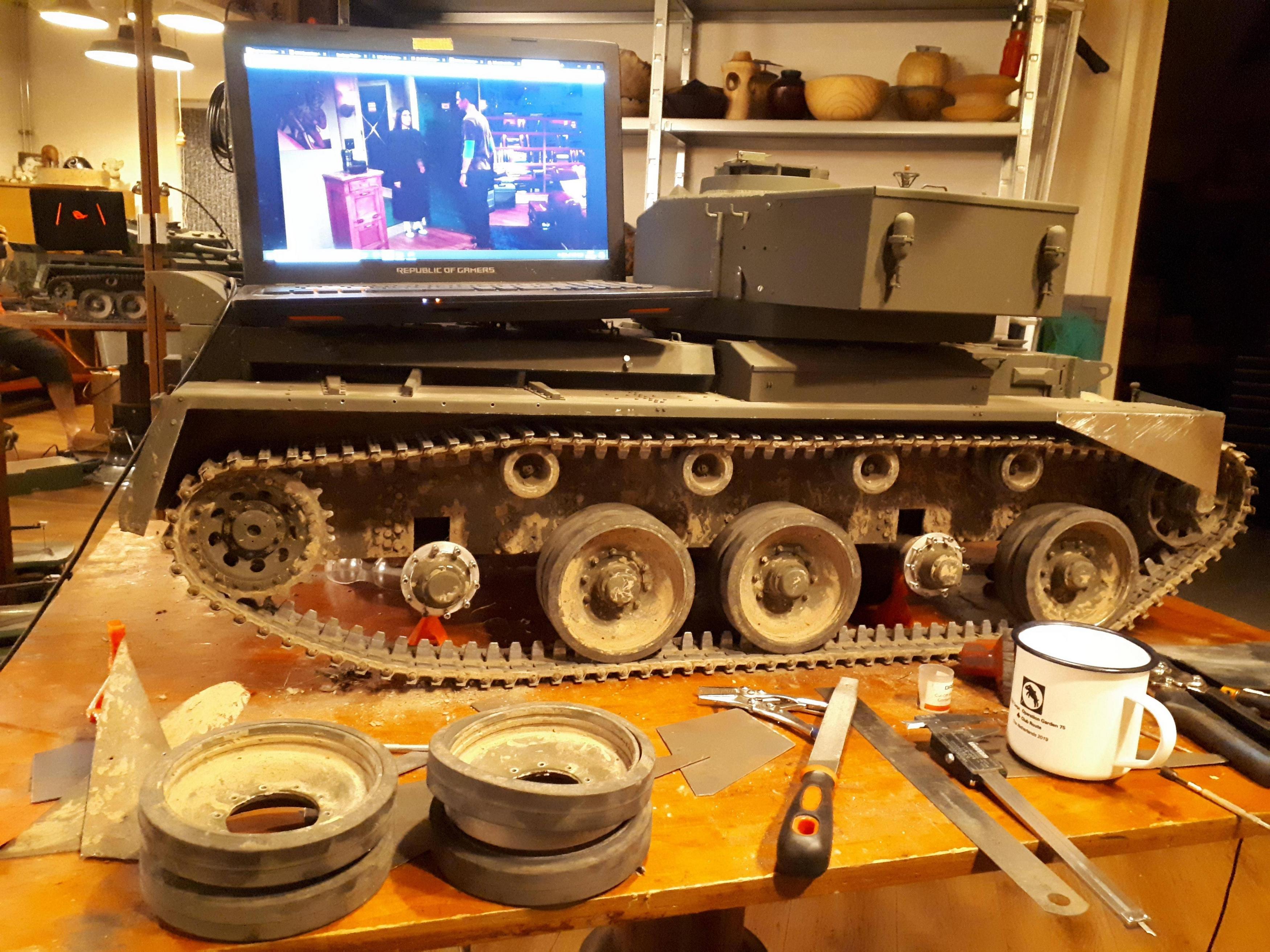 Also love how my laptop fits on the back. 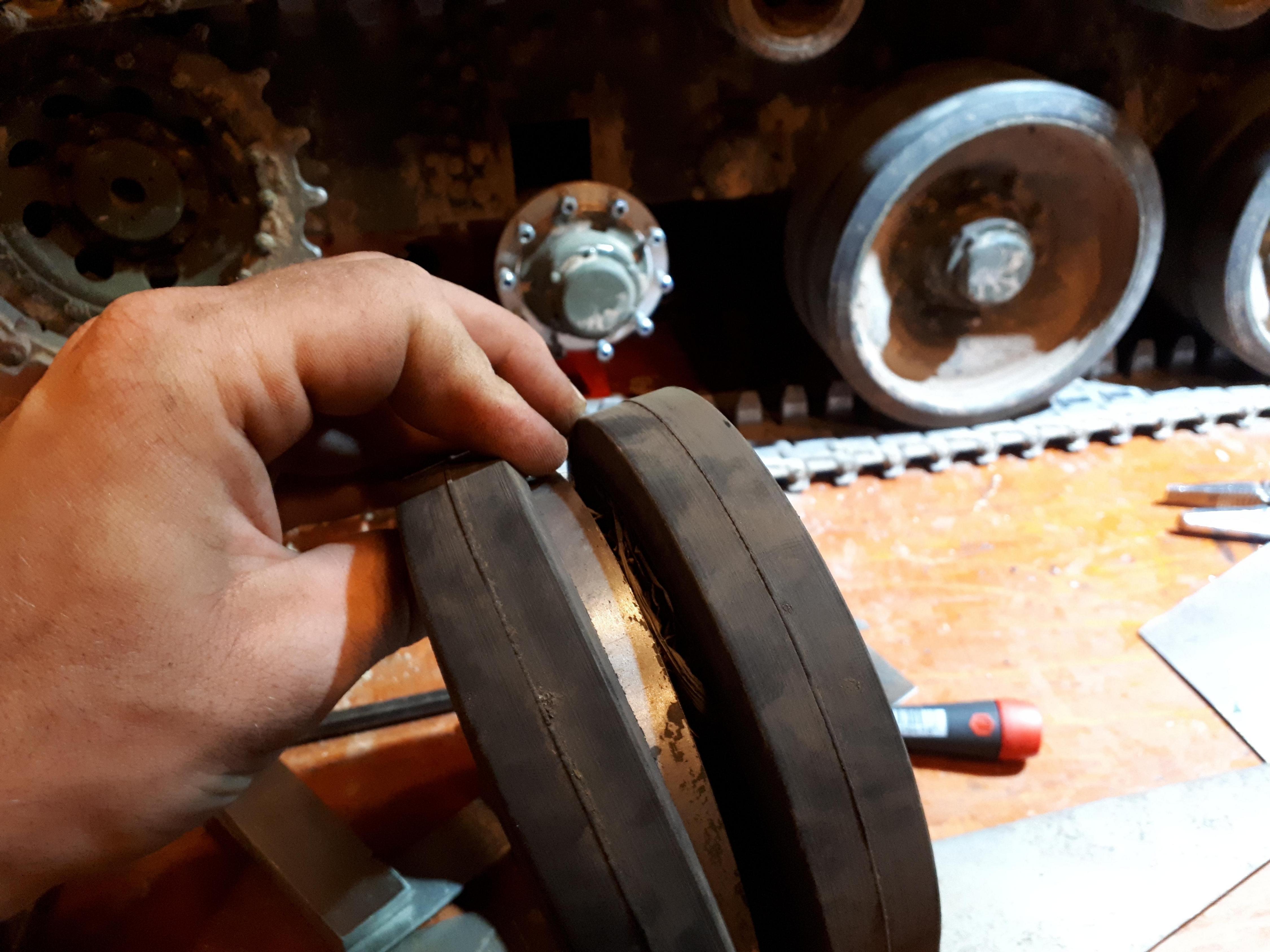 It's all back together for now, but I have a short list of things I want to fix on it.
-normandy call's
-engine deck
-air intake
-recoil
-the volume off smoke
-rear plate under the normandy call's
-hinges on the stowage boxes
-frond plate
-tow-cable
-lights
-position spot light
-turning periscopes (I love moving parts)
-and much more.

Also If anyone has a dust cover for over the mantlet please let me know because my sowing skills are not really capable off making one that looks decent.
Wile doing all off this I noticed that some off the rubbers were coming off the wheels and the tracks were a bit to tight for my liking and on backwards.


Well that's all for now.

Tim, you and your team did a superb job with the BAIV "Celerity" so you'll no doubt work wonders with Mark Ford's Comet.

"Why Worry" is a great choice. I'll see if I can find any more photos but the two you've found are the most well known. I can add some detail about the tank. It served with 3rd Troop, B Squadron, 2nd Fife and Forfar Yeomanry, in 29th Armoured Brigade, 11 Armoured Division. The other tanks in the Troop were probably named "Why Hurray" and "Why Not". Why Worry carried the Army Census Number T335346, which would have been painted on the toe plate of the front hull and on the rear (3 1/2inch white letters on a black background).

This photo shows Why Not. On the rear of the turret bustle, the callsign is painted ("3?"), the second letter/digit looks as though it's C. The tac sign for B Sqn was a 12inch square in red but if it were painted on, it's obscured by the camouflage net. The census number can just be seen on the toe plate.

This photo shows a Fife and Forfar Yeomanry tank at Petershagen on 7th Apr, 1945. It carries the Raging Bull Divisional sign and the regimental indicator 53.

On the IWM picture you posted, you can see the Census number, Unit Identifier and Divisional Sign on the toe plate. The Unit Identifier in the Fife and Forfars looks as though it was crudely hand painted.

Good luck and keep posting, it's always good to see Allied tanks making an appearance to balance all the Wehrmacht stuff.

Thank you very much for the extra info, remembering units and things like it are not my strong point.

Interesting to see that "why worry" has the late type idler and "why not" the earlier type.
Also having trouble making out if it is fitted with normandie call's. It wouldn't be fitted with the fish tails yet.

Would the "3C" on the back of "why not"mean that "why worry"would have the same?

Thank you very much again.

No Tim, each tank in the Troop would have a different callsign. I don't know from my records which applied to Why Worry. The possibilities are:

Great to see a Comet on the move, congratulations!
Steve
Top

Rereading the post, I have a pattern for the dust cover. However I will need to look it out for you. It will either be the original or I may find it as file attachment in an email. Steve
Top

Steve Stuart wrote: ↑
Wed Aug 12, 2020 11:22 pm
Rereading the post, I have a pattern for the dust cover. However I will need to look it out for you. It will either be the original or I may find it as file attachment in an email. Steve

That would be great, I have used the dimensions given by phil fitzpatrick, but I haven't managed to replicate his results.

Since I had a bit of spare time, I thought it would be fun to make some ammo for the comet.
So I found the 1/10 scale picture in my comet book. 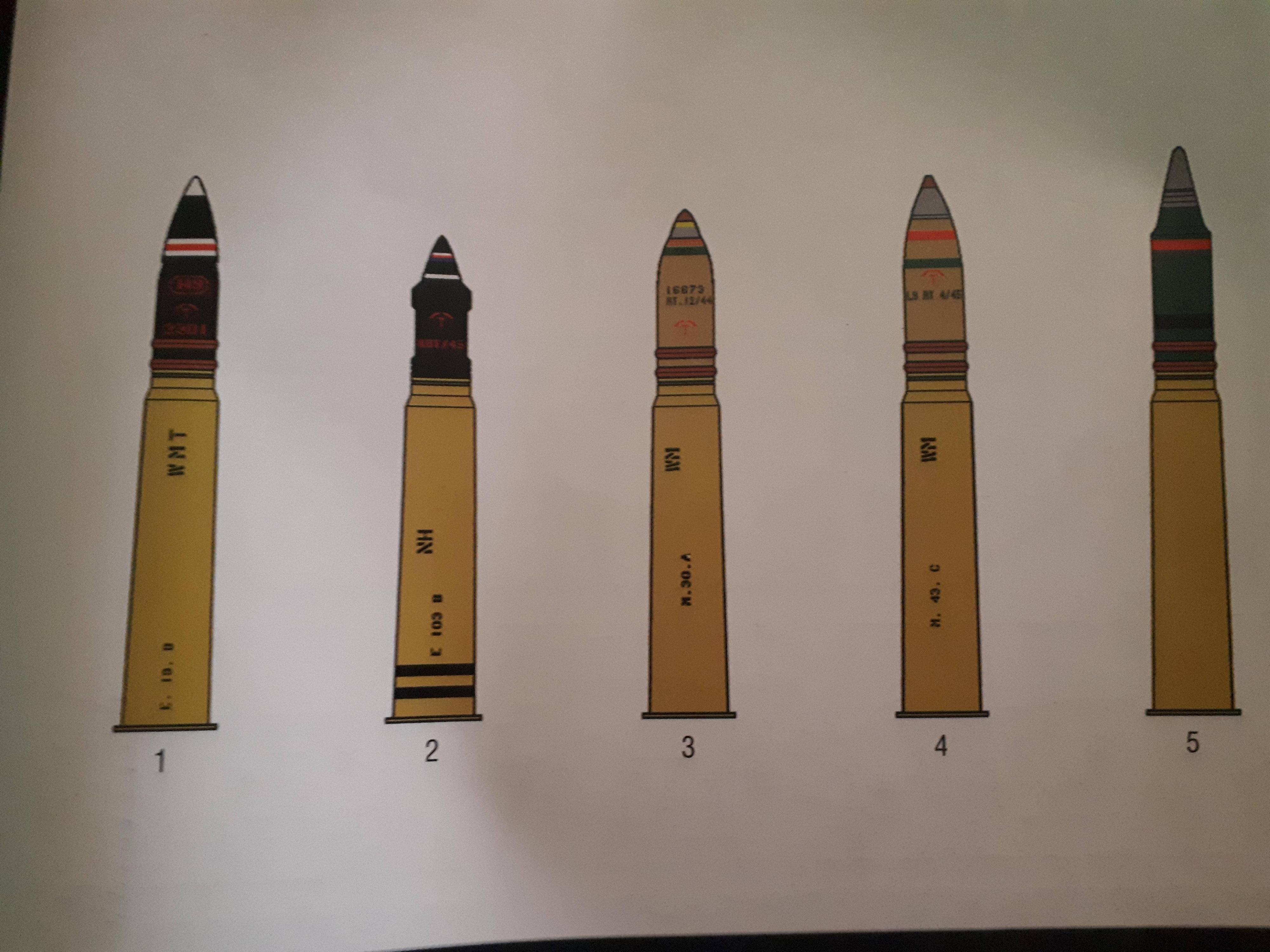 And after a bit of time I had all the shell types in 3D. 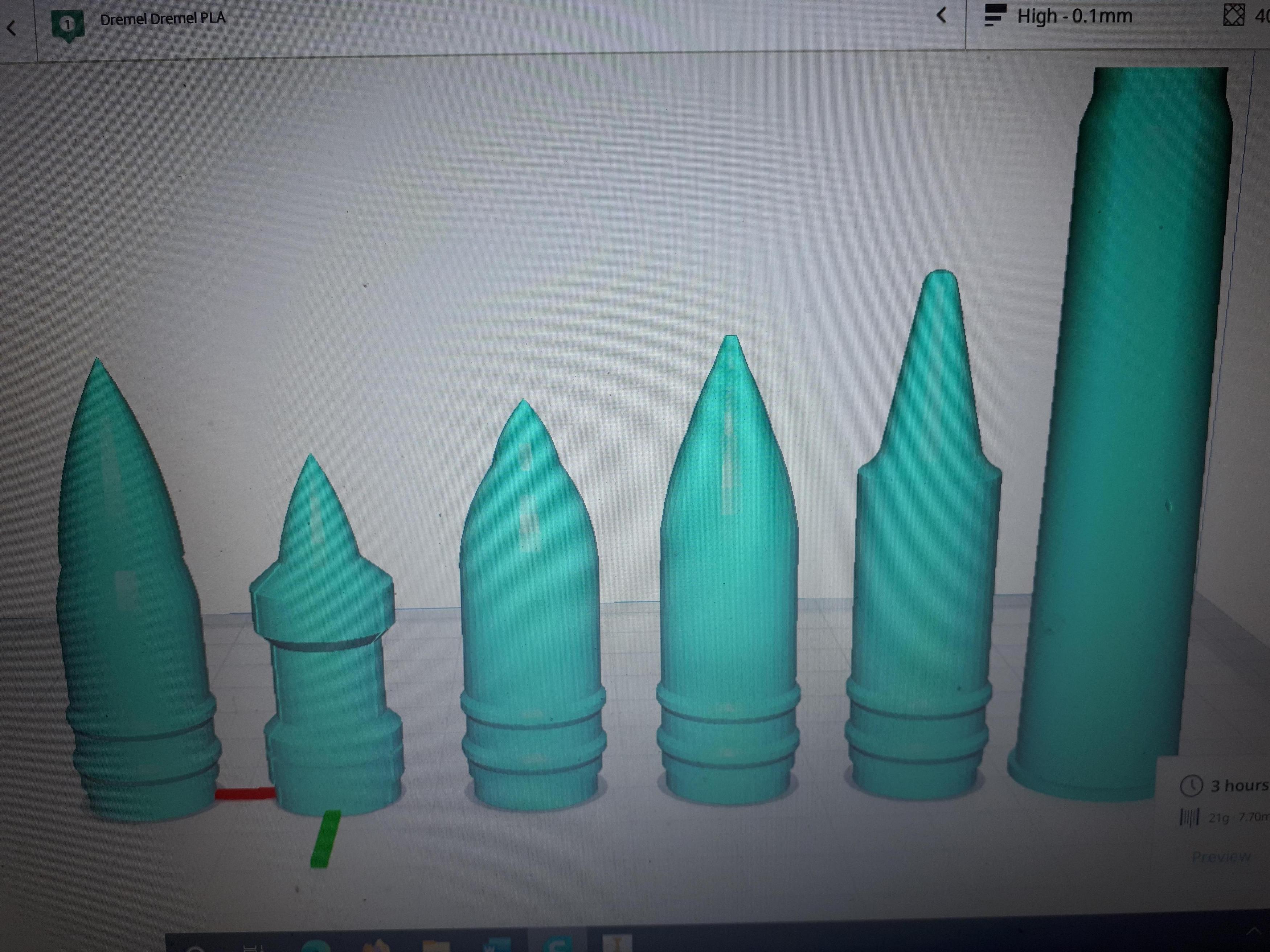 After a bit of trying they came out the printer like this. 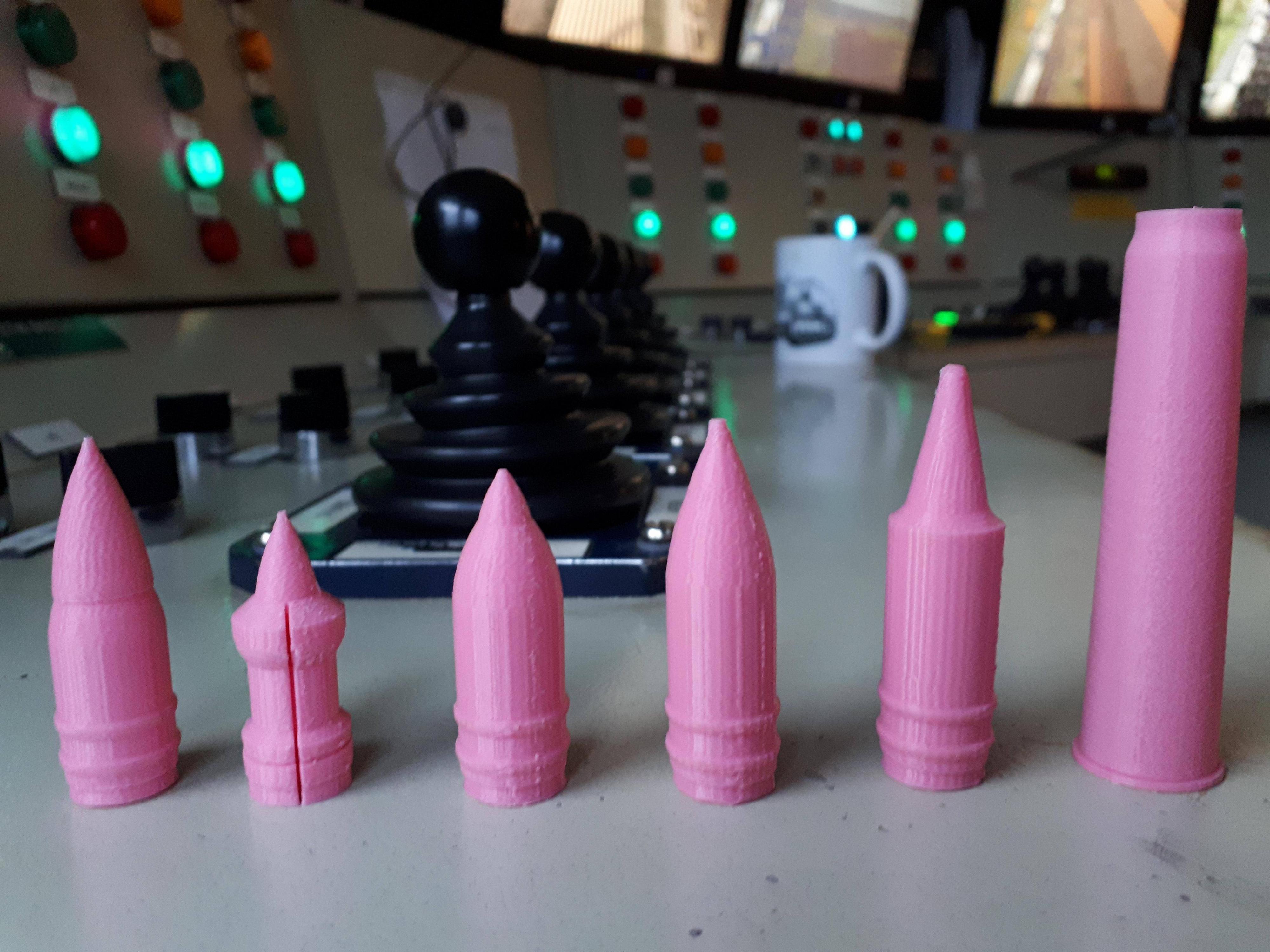 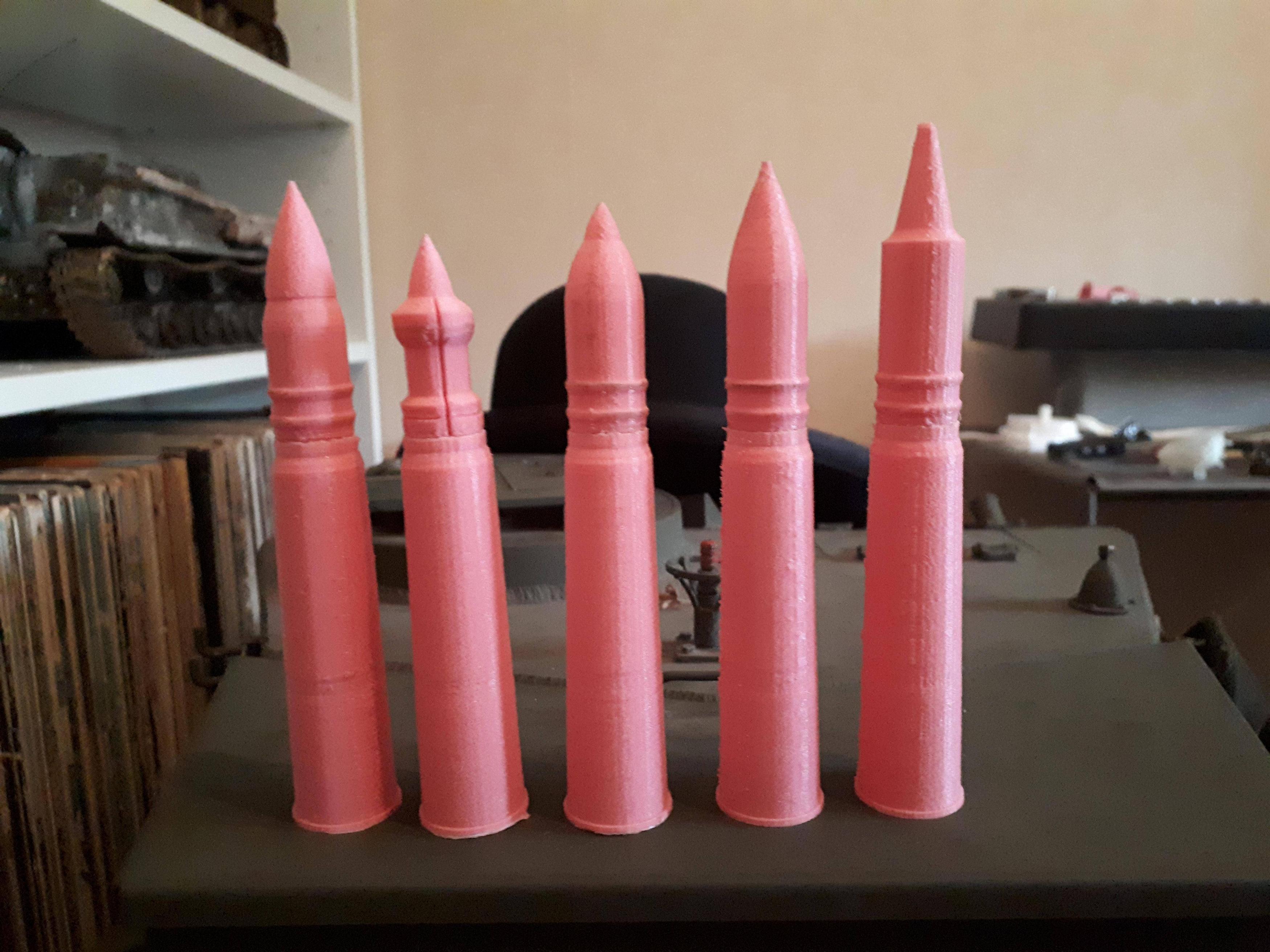 They will need a lot of work but for now they will do.
I might get a resin printer to make some better prints for the tank.

Also if anyone happens to know what the official ammo load is for the comet, please let me know.
Because I might just make a full set.