Interesting 'tools' you have: is the M1919 to 'encourage' unwilling kit parts or just to act as footrest when working seated at the work bench?

If I just had the courage to put paint on my model...…

The 1919 is a work in progress... A restoration. I have a couple done already. Restored as semi-automatics. But fully live.

Also done two brens, an MG42, Two Vickers, a SAW, an Imperial Maxim, a Gatling... the list goes on... It's fun stuff to take up the space between the live artillery....

A very wintery Saturday let me get some final paint on major components and, since it drys quick, get some big assemblies together. Not all of them. But most. Traverse/trunnions, barrel/recoil, wheels, base plate. Still need to get the armor on, but that will be tomorrow. Had to do some final setting/modifications of the linkages for the recoil system (static) and the sight. Not static!

Also got some boxes in place as they would not go in after assembly. Test fit things often! Especially when veering off of the Armortek plans. Which I did. A lot. 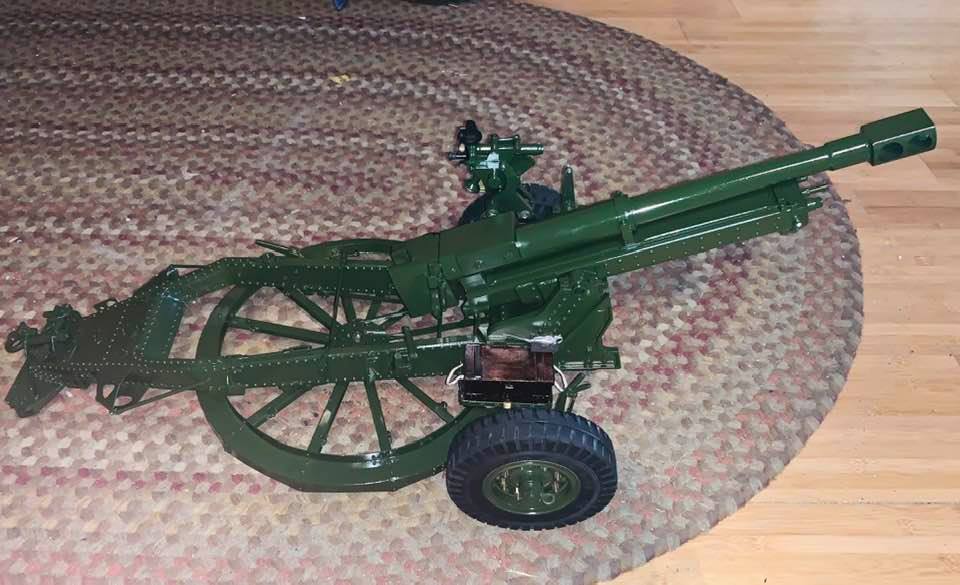 This picture shows the bronze green a lot better, too.

Tomorrow and, probably, part of next weekend, I'll be finishing this up to post-war standards with red parts, etc. Also straps, accessories, buckles, etc. etc. etc. Get it to where it is assembled and equipped. Then need to start 'weathering it down' to look like it appeared in Oman by the early '70s. Which was probably not as well-maintained by the Sultan's forces as it would have been by the British Army! But at its core would have been a nice post-WW2 paintjob!

I am seriously dreading the weathering. I've never been very good at it. So I'll be practicing on the Limber first!

So today I put on the last few bits (handles, mainly) and started the final painting.

Here is what I started with this morning. The idea was to make it look as close to the Mirbat gun as I could based on B&W photos... which show a bronze-green paintjob with the dust and grime of a major battle. Not to mention being posted at a foggy (aka salty) coastal fort. 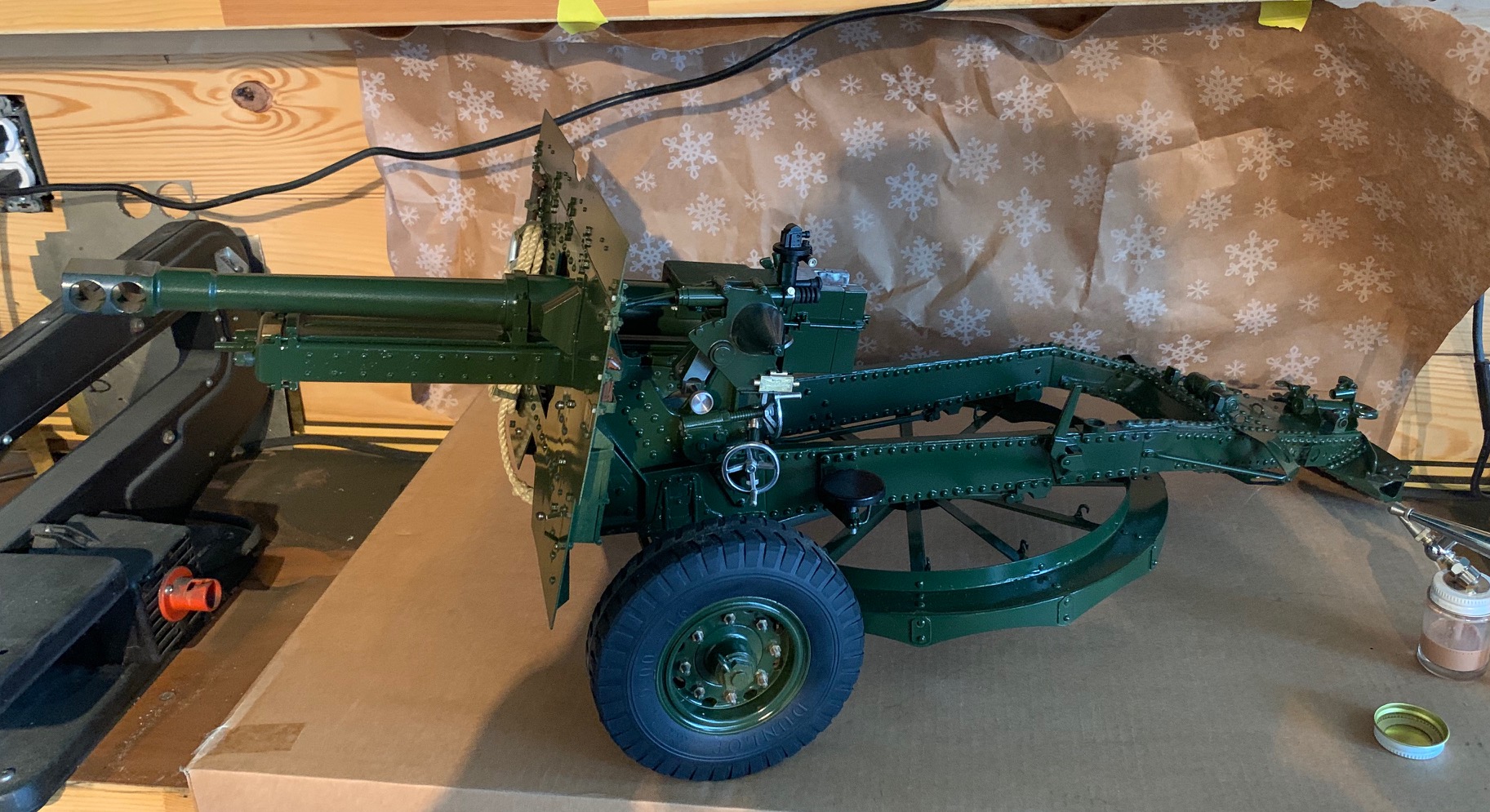 After this, some red was added to the final model before weathering, because that was post-war practice, apparently. But with dust and grime, the red has faded, mostly.

The weathering was done with an airbrush and very dilute water-based sand, mud and stone-colored (and some grimy black) weathering pigments. Mostly water. Using a Paasch air brush, I gradually started to add dust and grime at the muzzle brake. I did some 'chipping' at the armor and need to do some more on the turntable and the trail. The barrel, sight and breech I left almost alone, as it would have been the one 'polished' and maintained part of the rig, even in a remote location. I also used flat black Testors heavily diluted with mineral spirits to try and create some 'grease/oil' trails where lubrication would be found. Hinges, pivots, etc.

And for those who looked at the earlier photos showing the wheels and tires, much effort was placed there to make them look dusty... almost like still painted in tan!

So here is how she looks now... 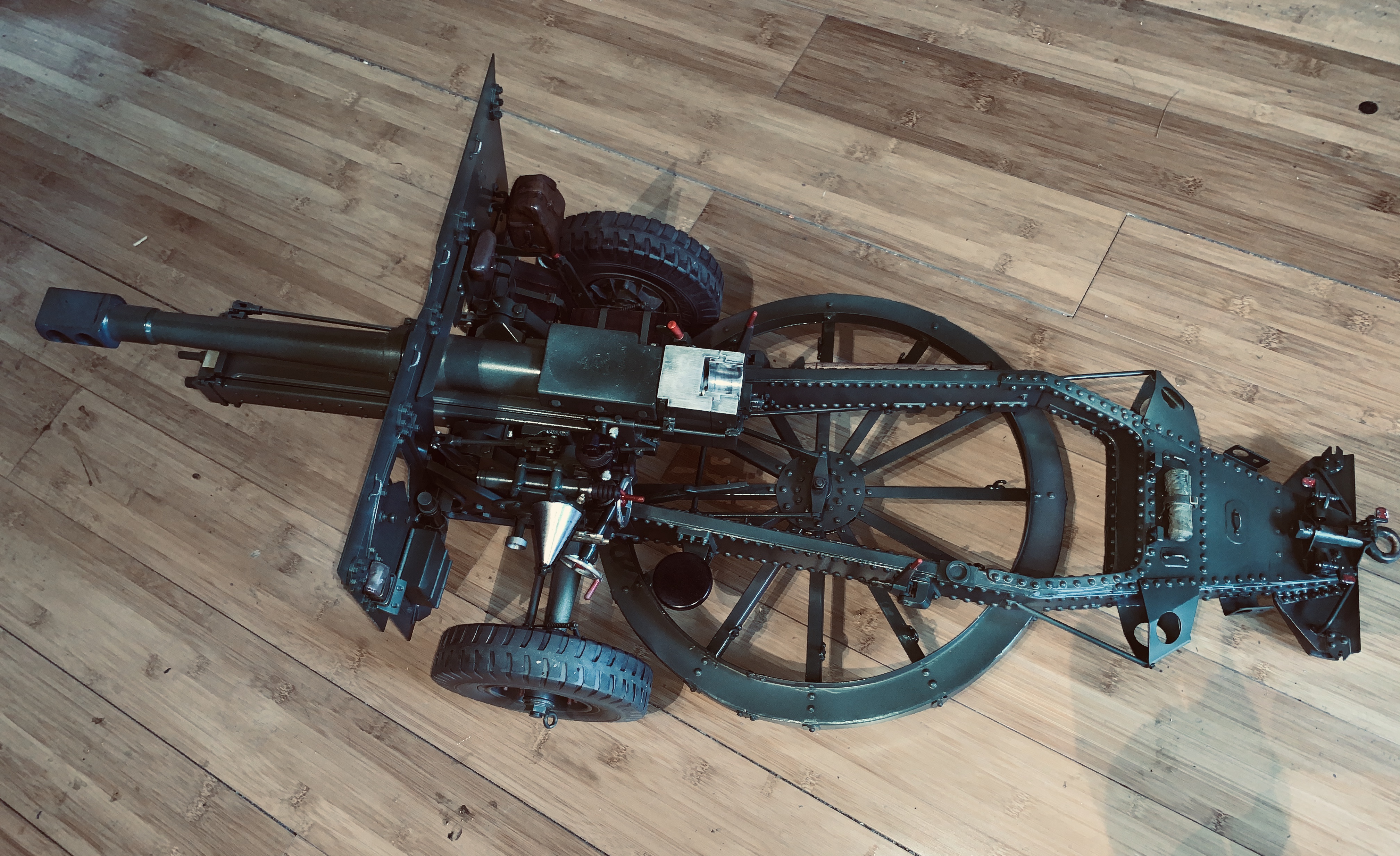 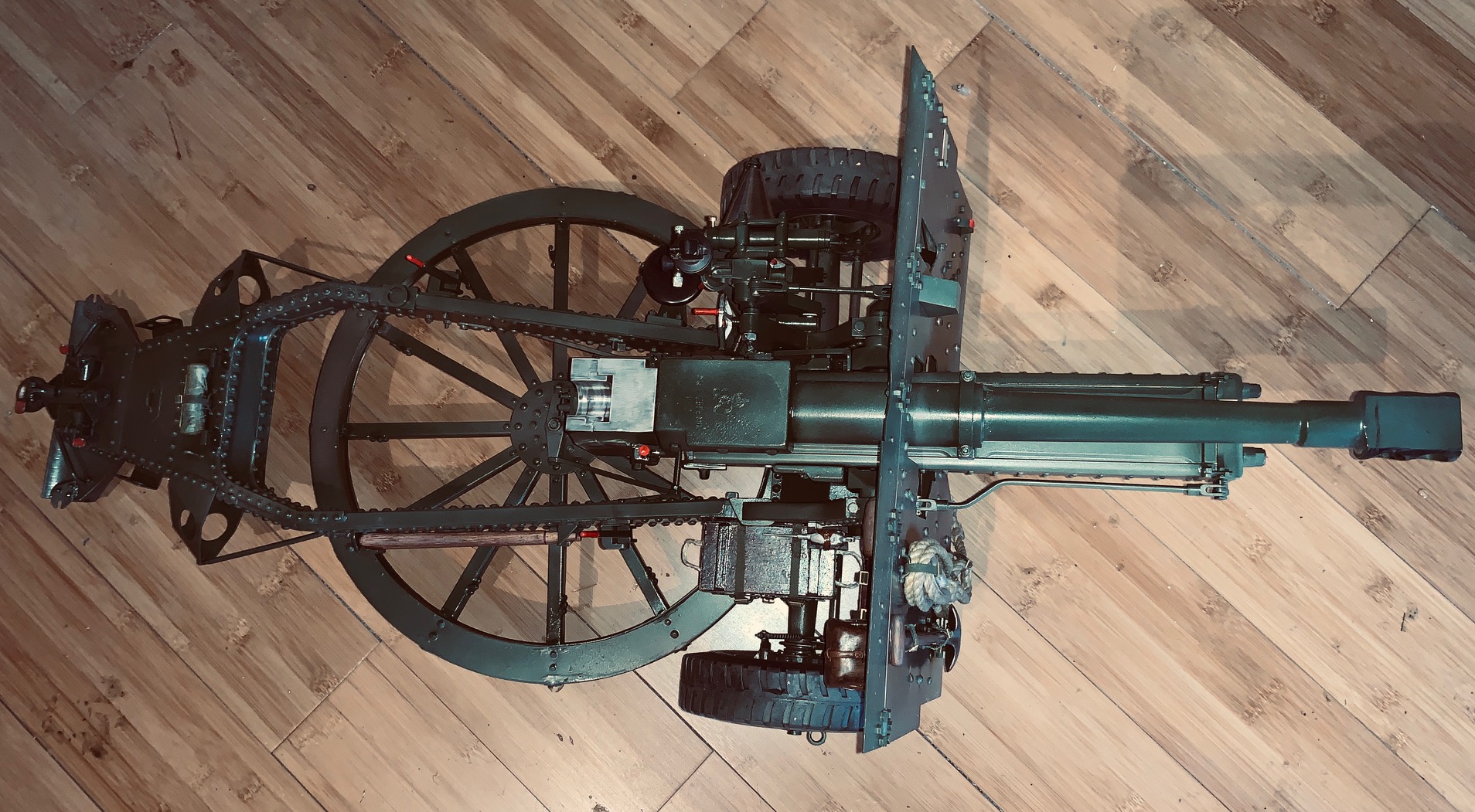 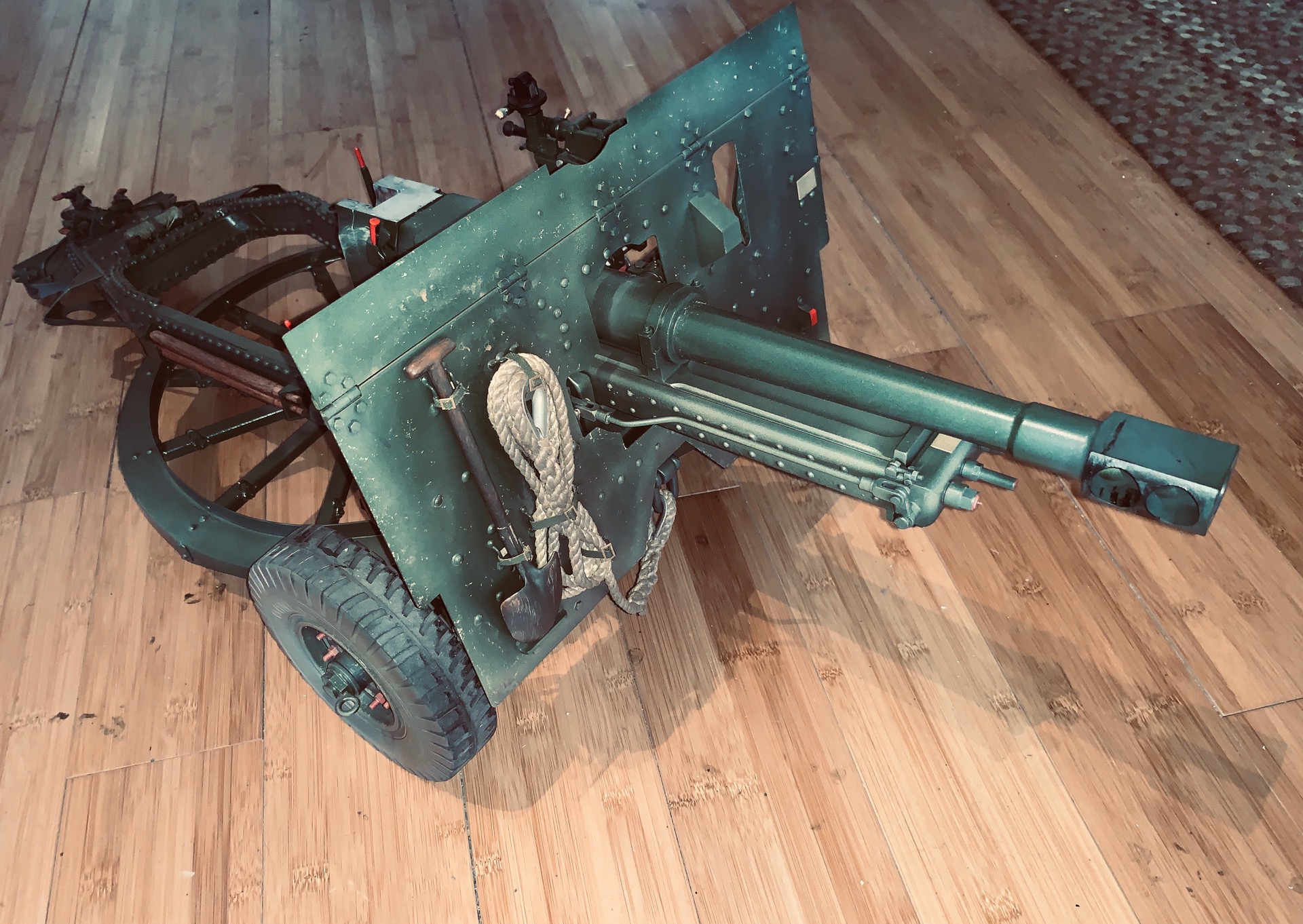 More Detail photos coming.... For some reason I can't get decent pictures in my model shop. Light is appalling. But these are ok.

Here are detail photos... I still need to spend some time with dust doing some additional weathering and the muzzle needs more 'smudge.' But pretty much there as far as what I wanted to achieve! 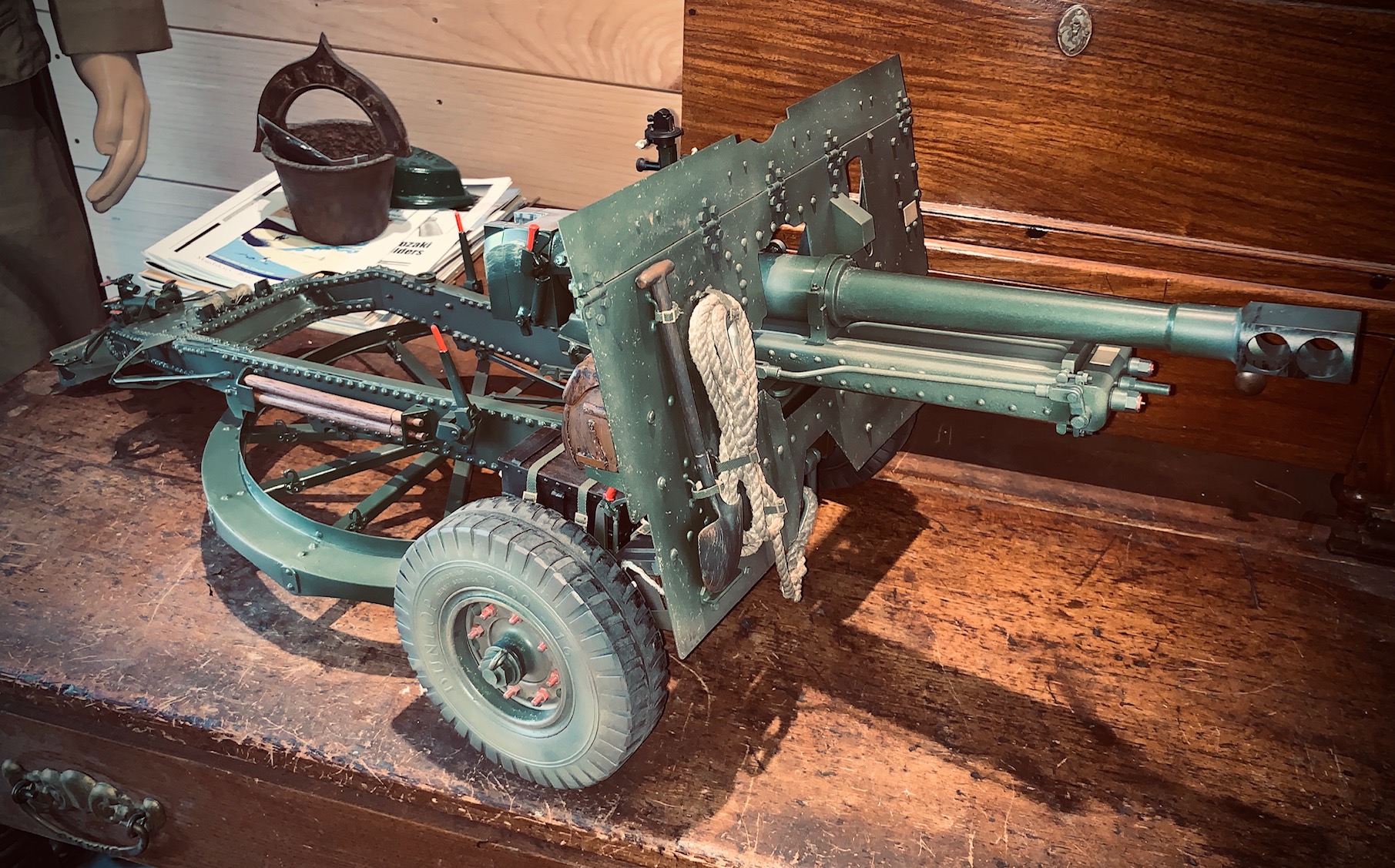 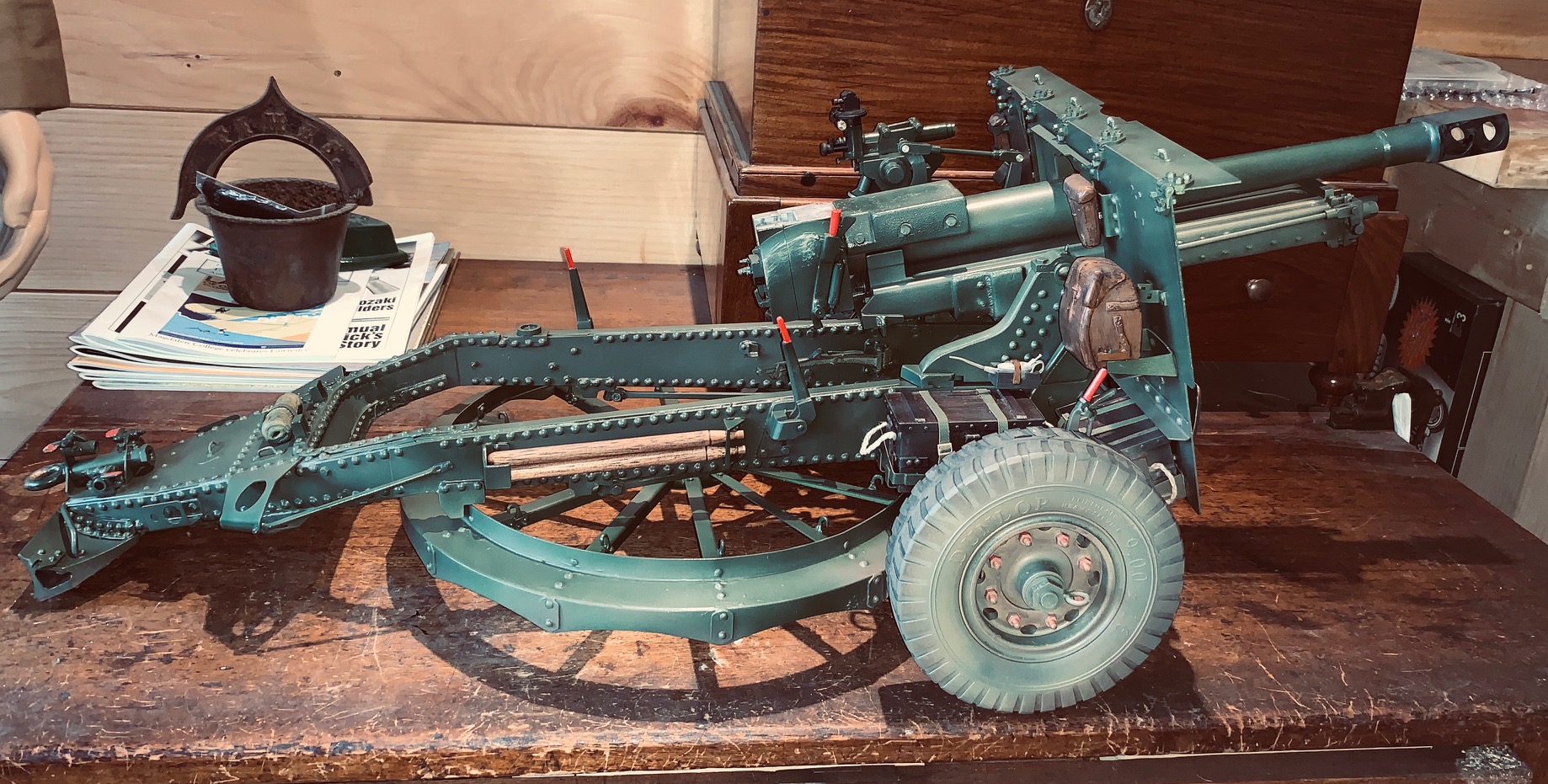 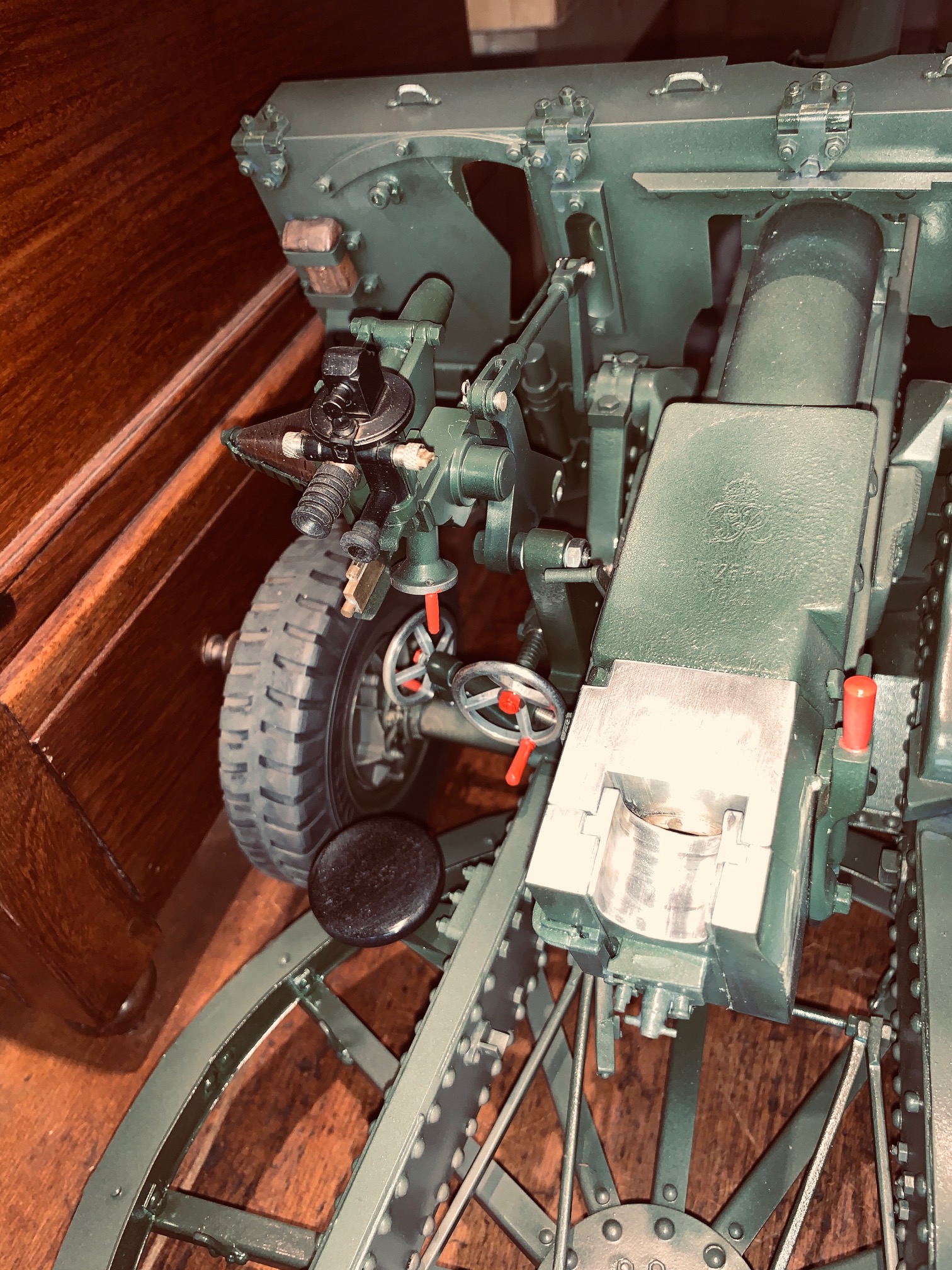 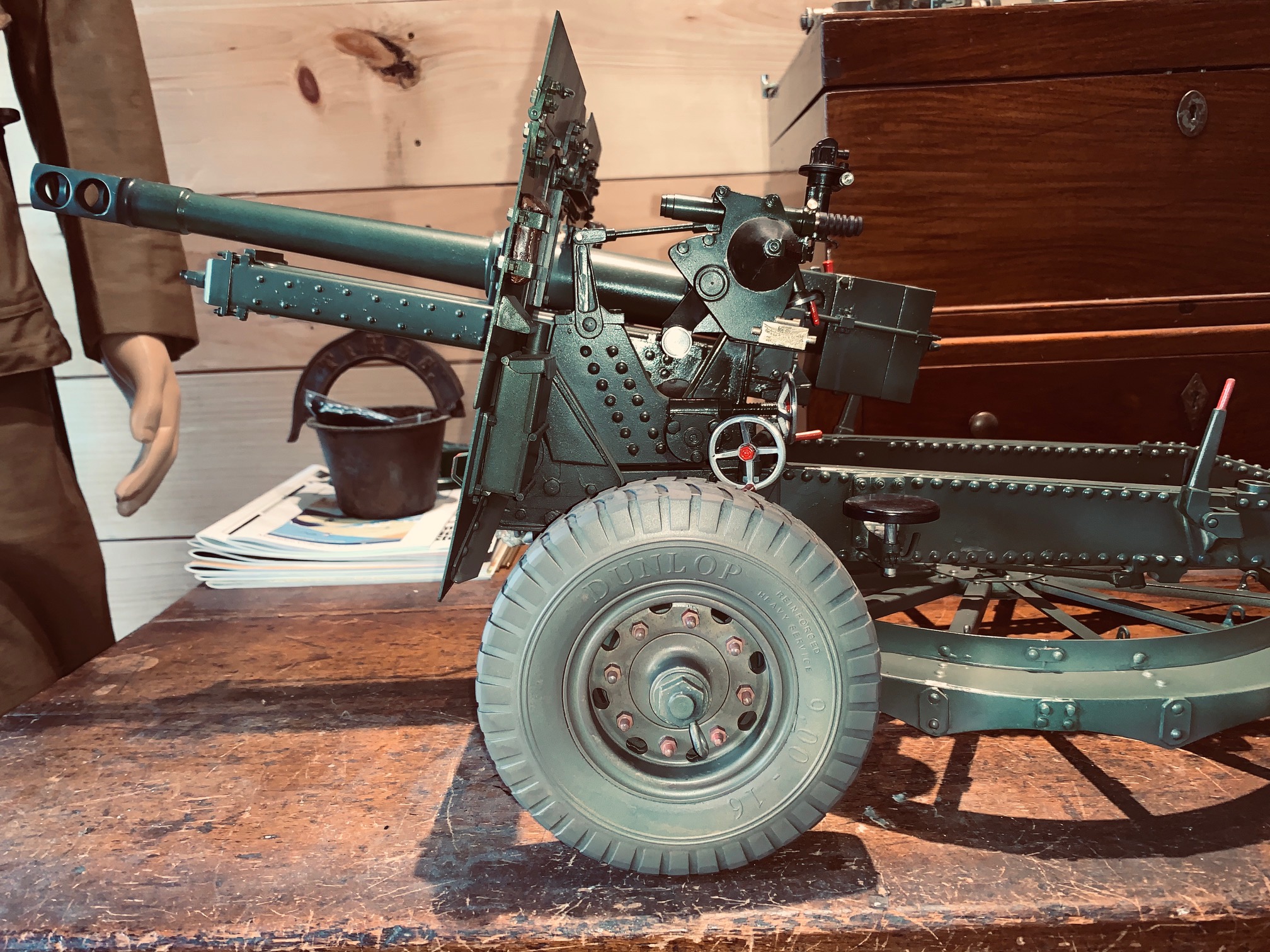 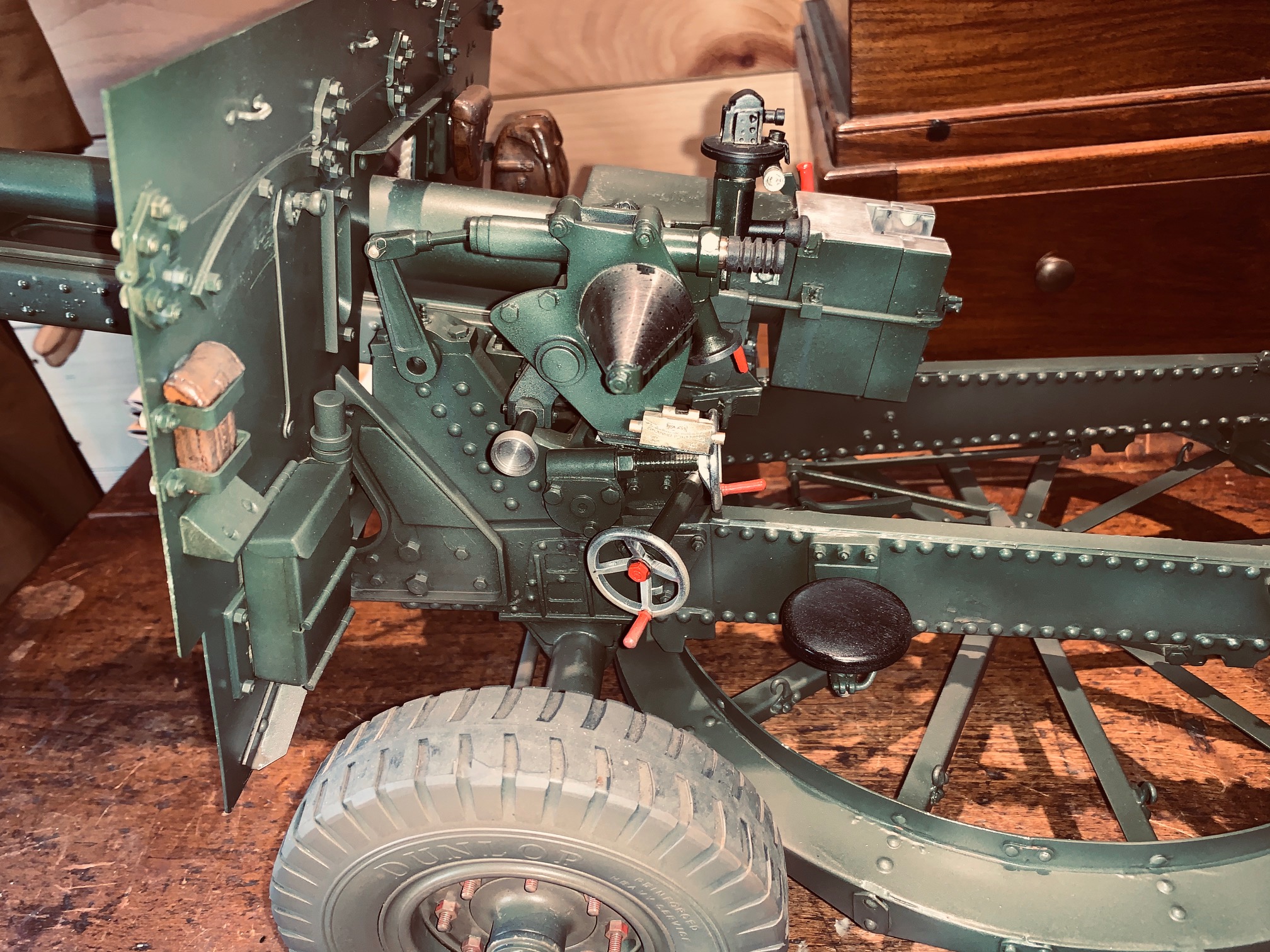 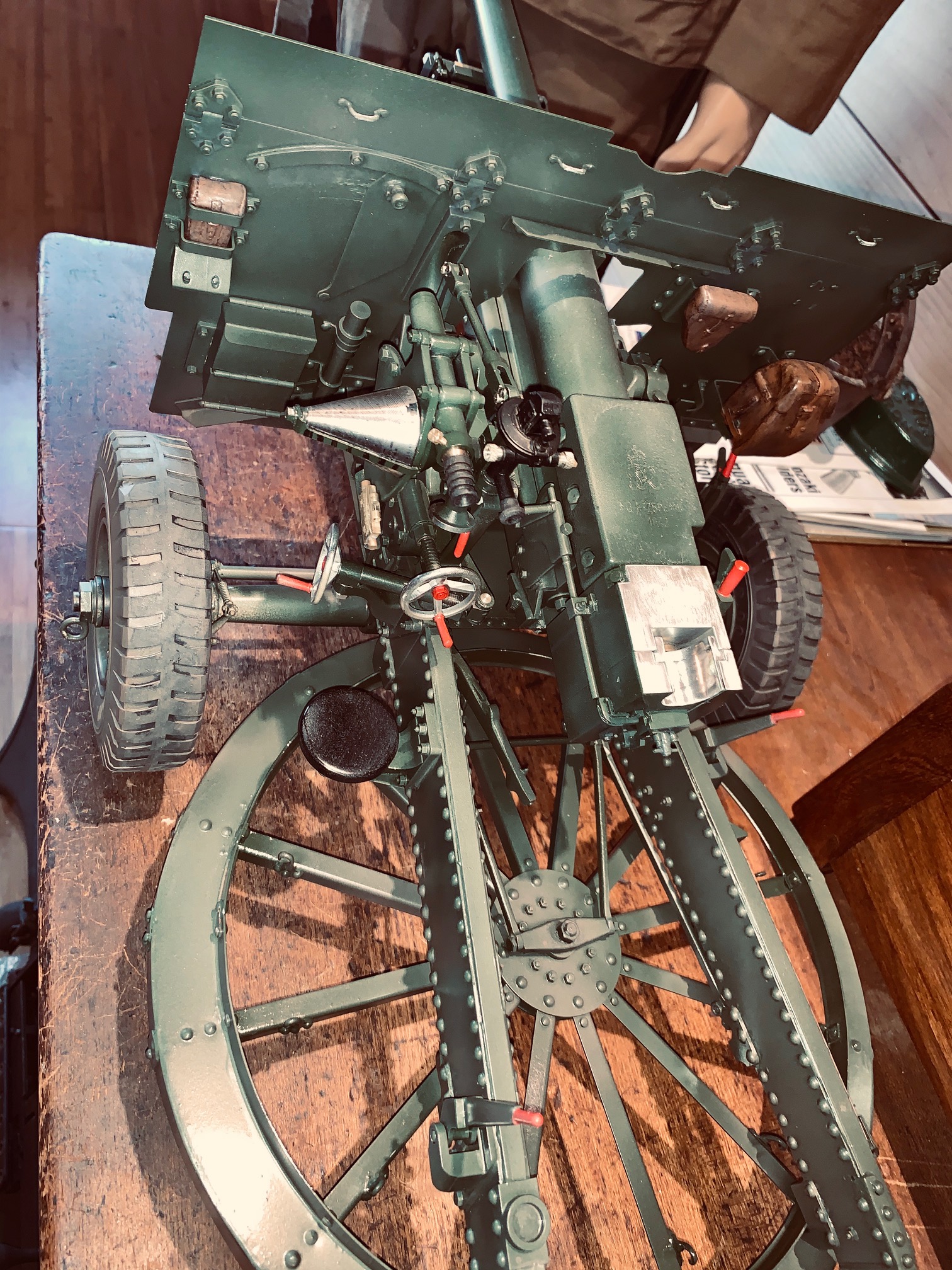 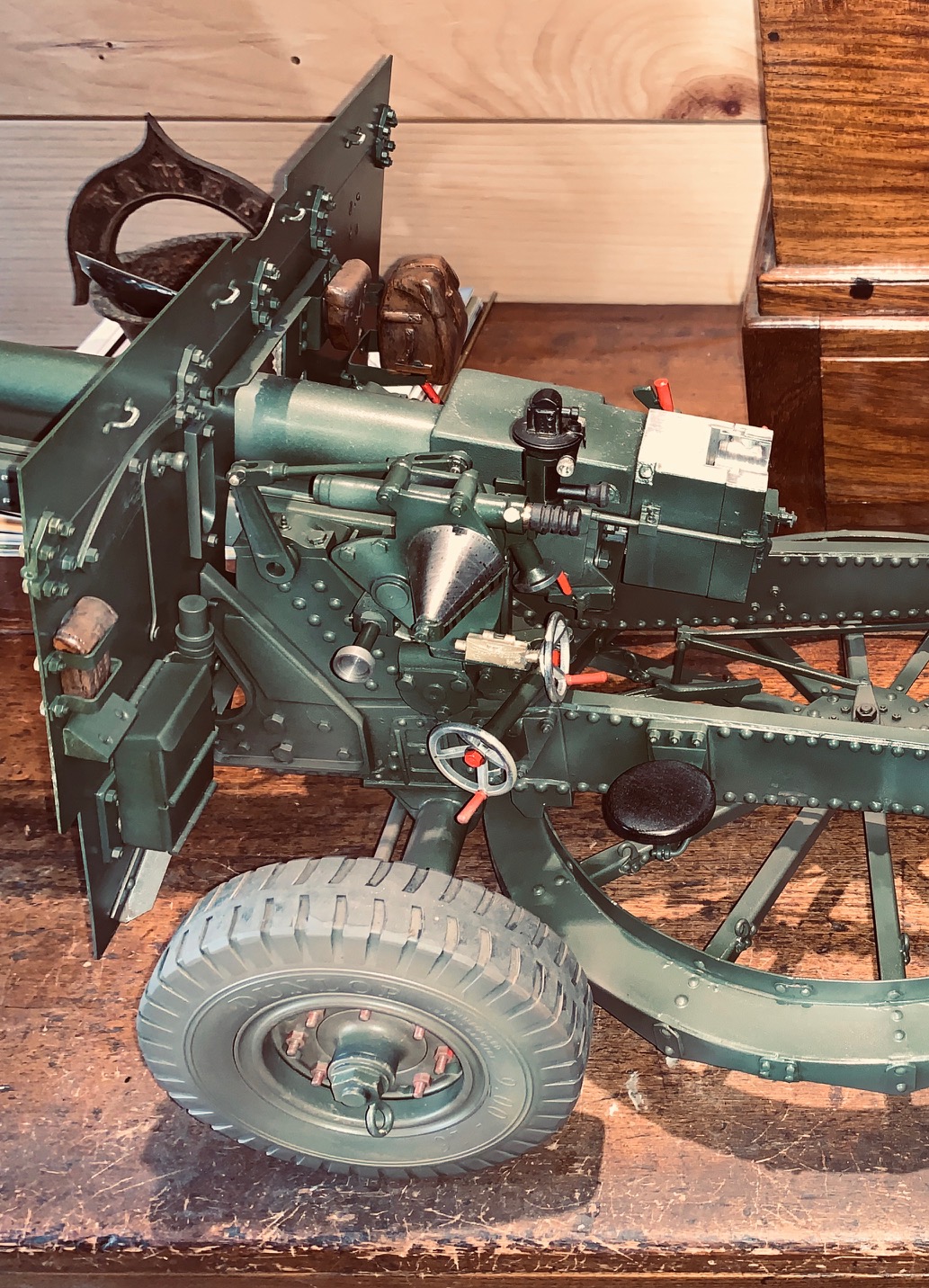 More to follow.... And would appreciate any critiques on my weathering/dusting, etc. I am not very good at it, nor am I very comfortable with it. I tend to overdo it. So any comments or tips most welcome! 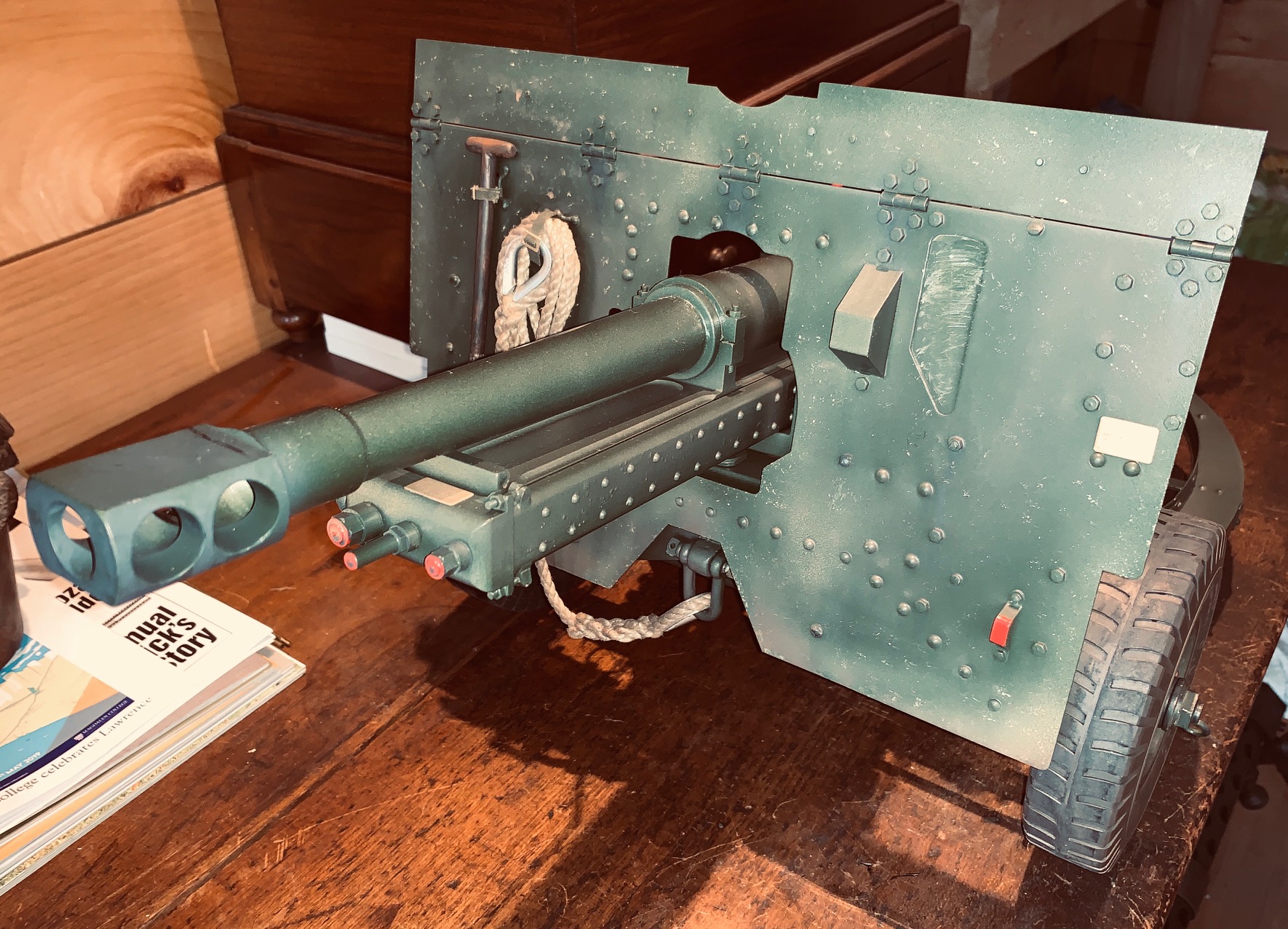 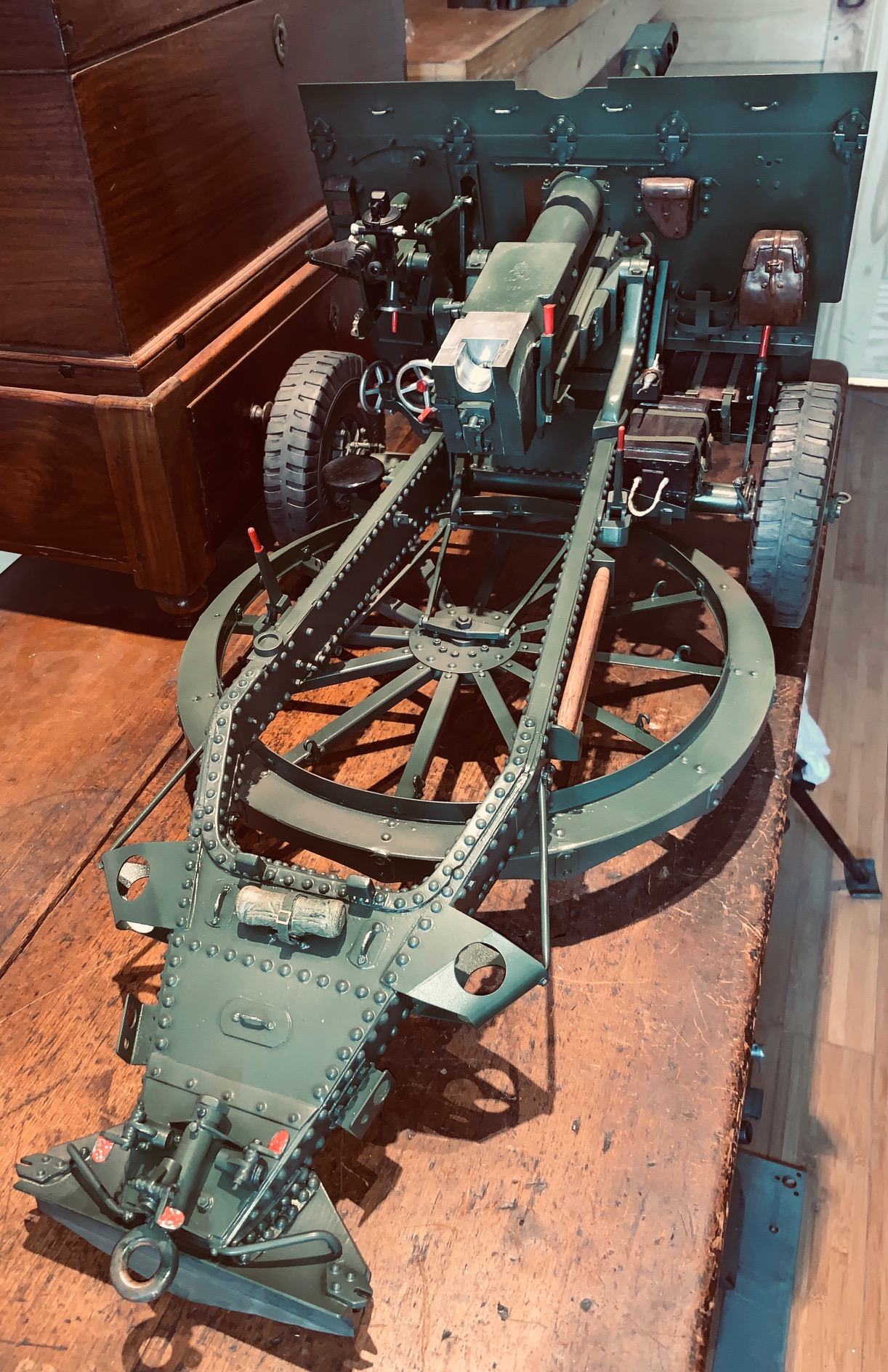 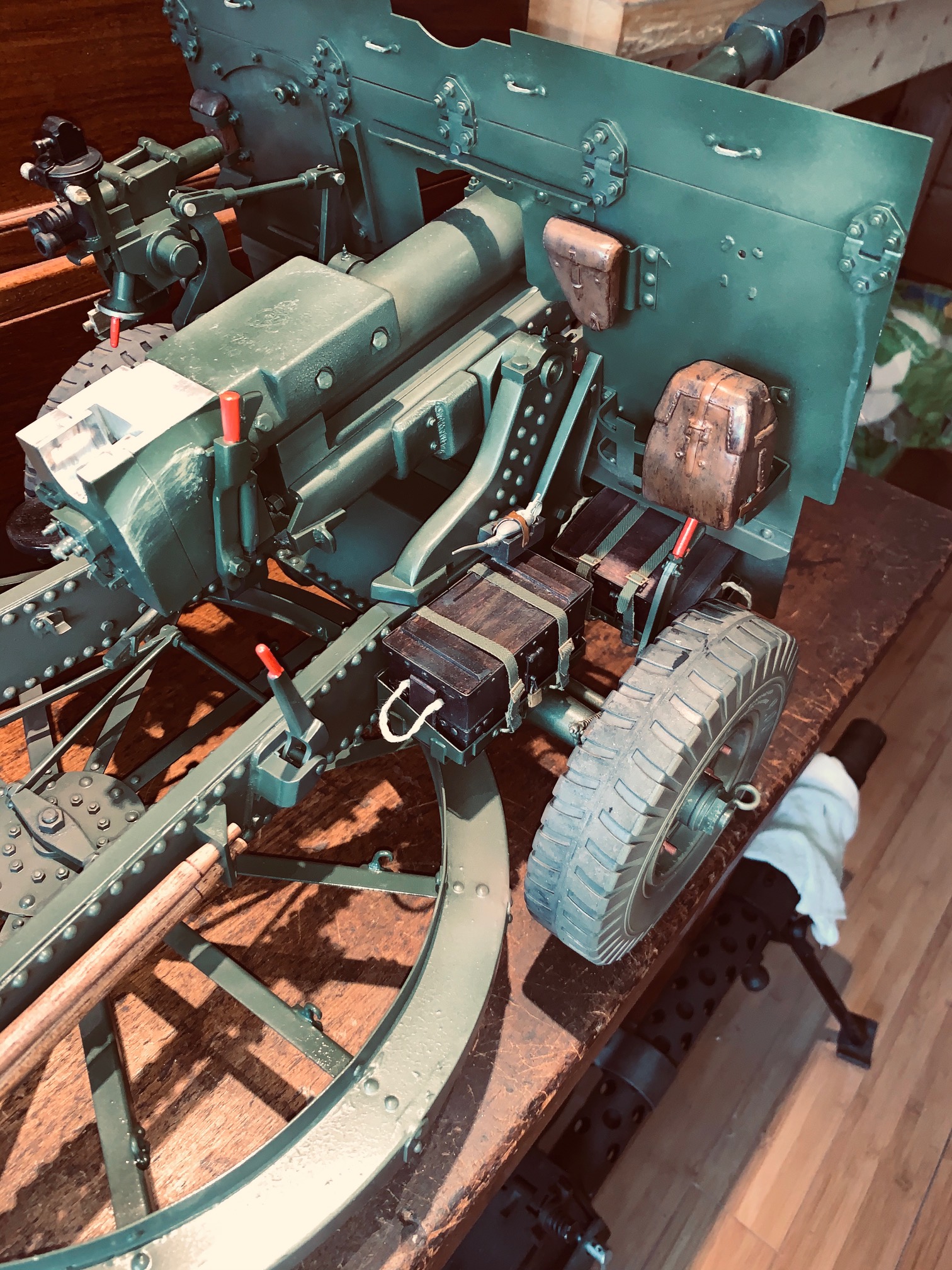 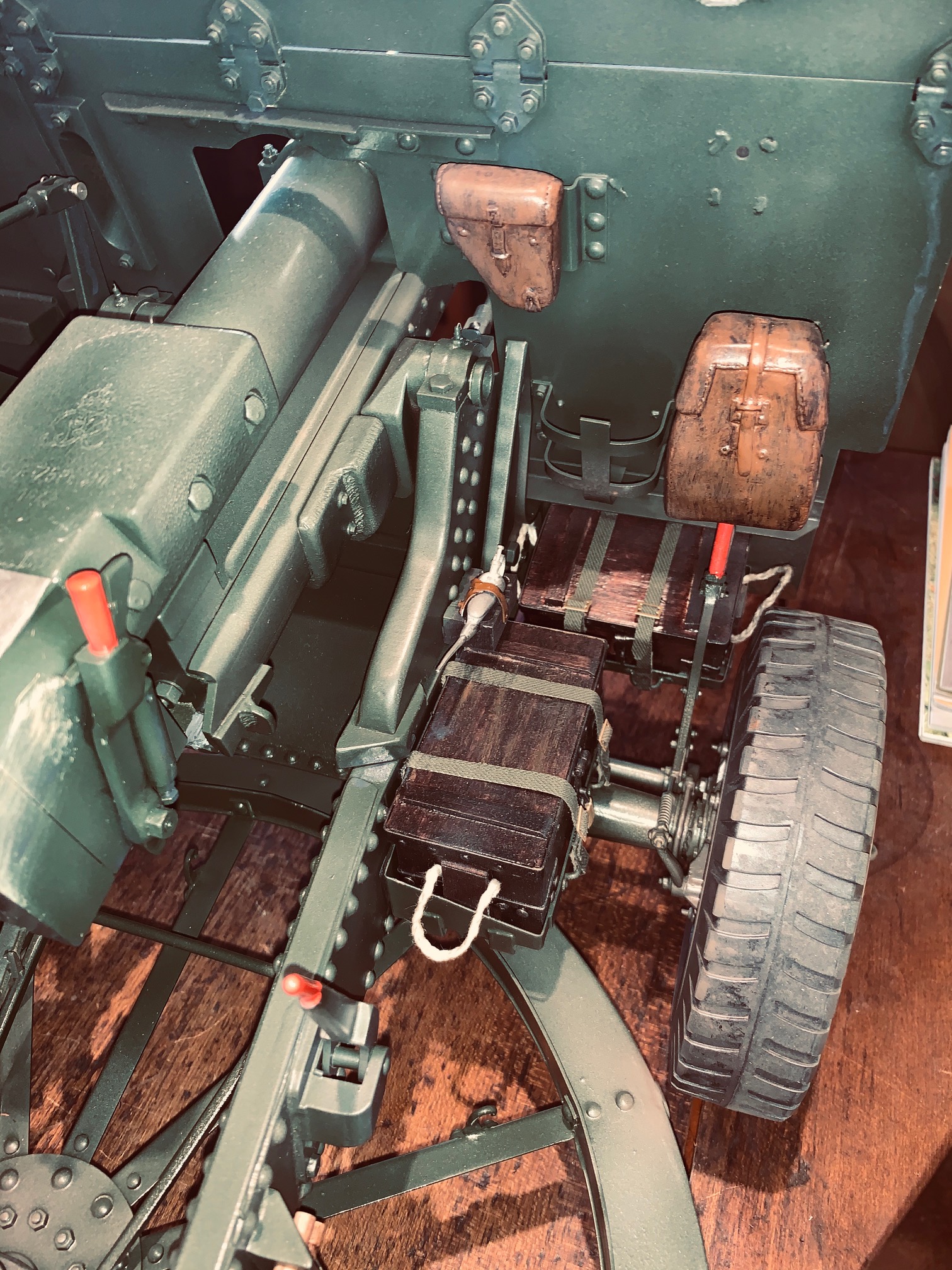 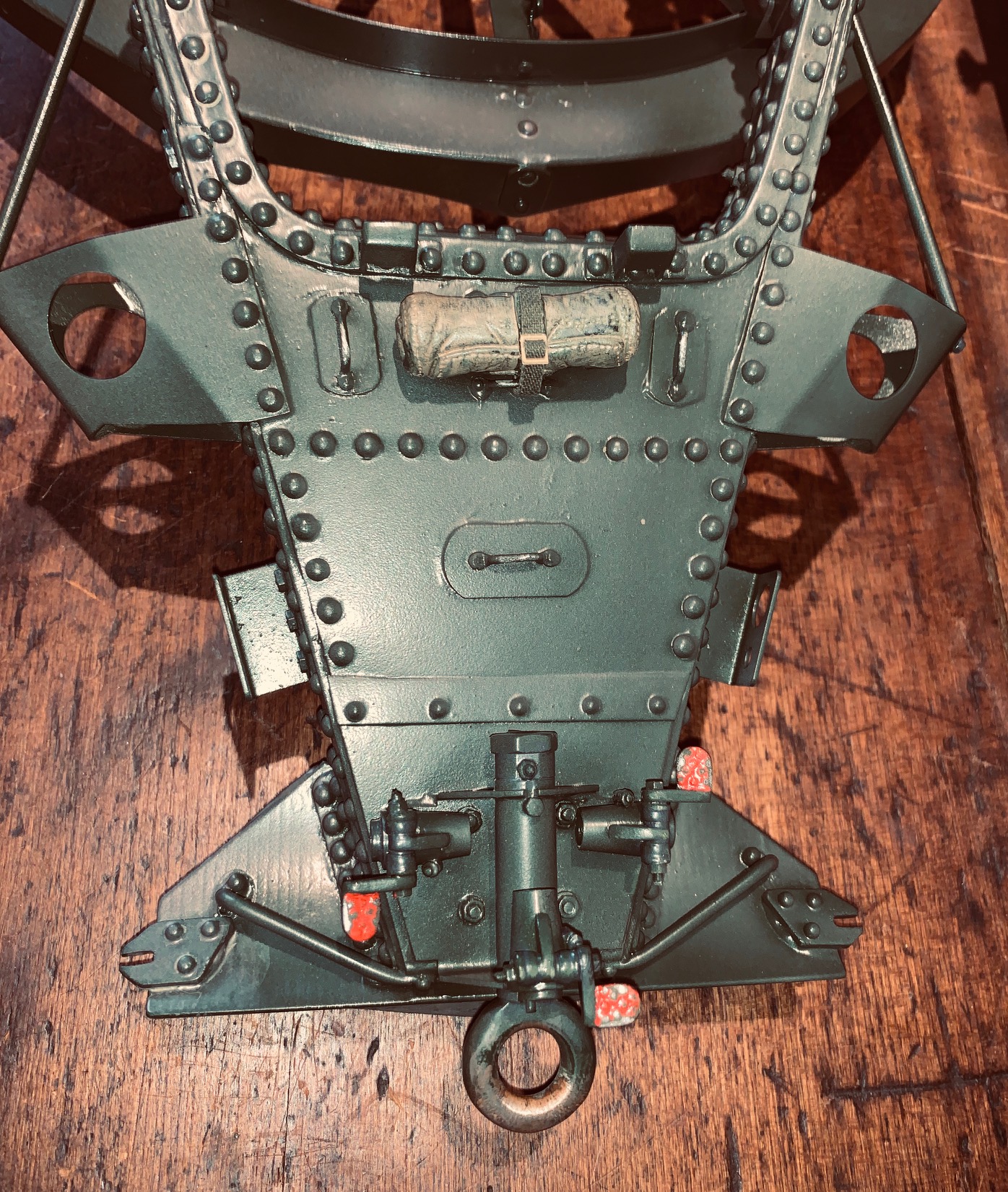 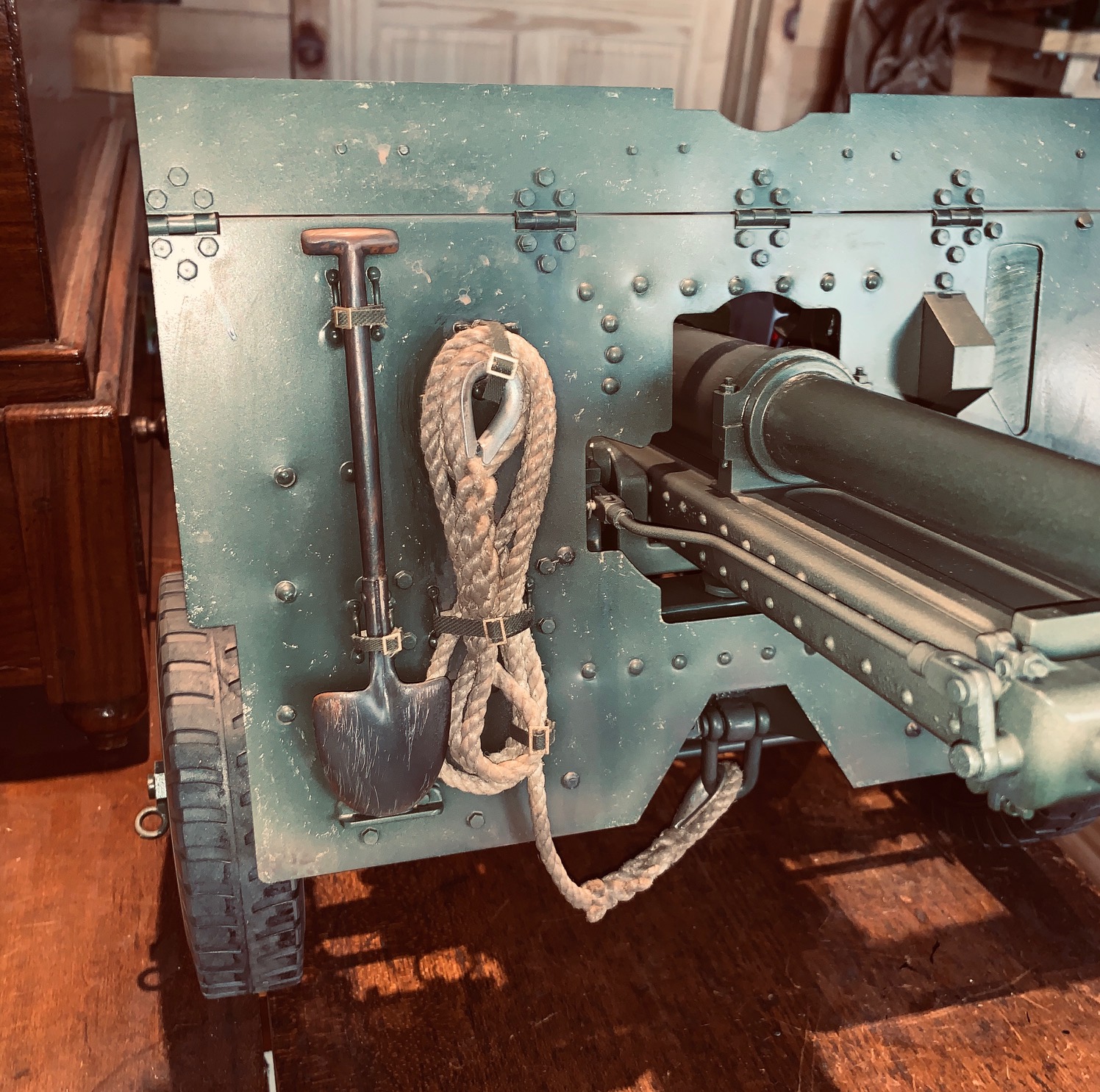 A few more hours and I think I'll be all done with this one. The limber is still tan and I over-did it with some pigment. So will be reworking that one some. But I am going to match that to the 17 PDR, not keep it with the Mirbat gun as it has sort of a plan for it. And doesn't need a Limber for the display.

Cheers and thanks for all the tips and encouragement!

Earlier in this thread, there were some questions about what happened to the Actual Mirbat gun, since Woolrich is currently closed and the collection is unavailable... and to some extent dispersed.

The Mirbat gun is currently on-loan to the SAS and on display at Stirling Lines in Hereford.

How long it will be there is anyone's guess, but for now, it is in good hands and being lovingly taken care of -- as it should be.

Hi Robert
Having the same problem with the plates not lining up. My plan was to fit the plates then shim the tow hitch etc to match. Your solution seems very good but my plates are WAY out. Parked it for now and working on the quad while I think.